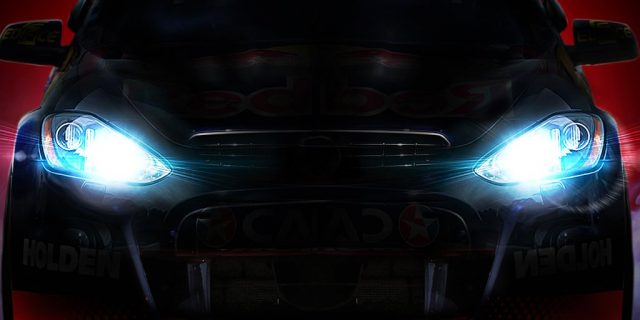 Work is well underway on Holden’s next-generation Commodore Supercar ahead of its race debut in 2018.

Holden has today revealed key details of its new Commodore road car, which will be built in Germany and based off the Opel Insignia.

A downsizing from the current Commodore that will cease production late next year, the new Commodores feature a five-door ‘liftback’ body that is 74mm shorter and 36mm narrower than the incumbent.

Pictures of a prototype version of the car in a heavily disguised state have been released by Holden as it continues testing on local roads.

A rendering of a Red Bull-liveried Supercars version of the new car also briefly appeared on the Clipsal 500’s Facebook page yesterday before being removed. 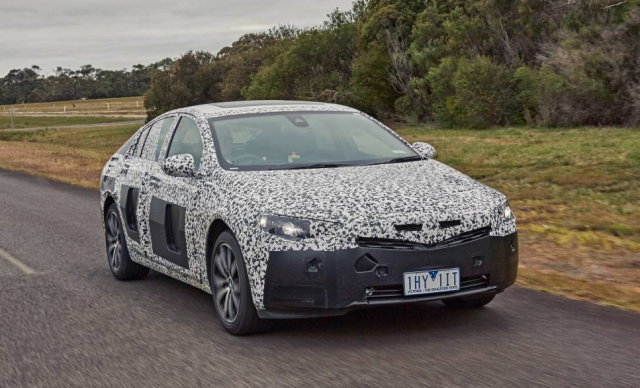 The new Commodore will go on sale in February, 2018, coinciding with its planned race debut at the Clipsal 500.

As previously reported, Triple Eight has been charged with homologating the race car’s aerodynamic kit and supplying bodywork to all teams running the new car.

In an extensive interview in the latest issue of V8X Supercar Magazine, Holden Motorsport boss Simon McNamara said that the manufacturer’s internal design staff have been working on the basics of the body panels for six months.

Under Supercars rules, the new body panels will be draped over the current control chassis and be raced in rear-wheel-drive configuration.

The company is meanwhile close to finalising its engine program which is expected to see a V6 turbo developed for Supercars’ new Gen2 regulations, based around existing GM Racing hardware.

“The engine we’ve been looking at for nearly two years.

“We’ve been through all of GM¹s architectures to see what might fit for us, so we’ve whittled it down. The new Commodore will hit showrooms in February 2018

“As for the body, Peter Hughes and the design guys have been working on the packaging for probably the last six months, with the backing of (GM global design chief) Mike Simcoe, who’s a big supporter and big follower of what we’re doing.

“So Mike’s been great and given Pete the resources internally to do a lot of the surface work (designing and shaping the racing body kit).

While the factory-backed Triple Eight is expected to roll out three brand new cars for the start of 2018, how many privately funded teams also upgrade immediately remains to be seen.

Although only offering direct financial support to Triple Eight, McNamara says that all teams will benefit from the restructured engine and bodywork program.

It is expected that the engines will be prepared through a single local supplier, with teams able to lease their powerplants from Holden.

“What we plan to do with our program from a business point of view with the car and the engine will only help the teams that are underfunded and struggling a bit,” he said. 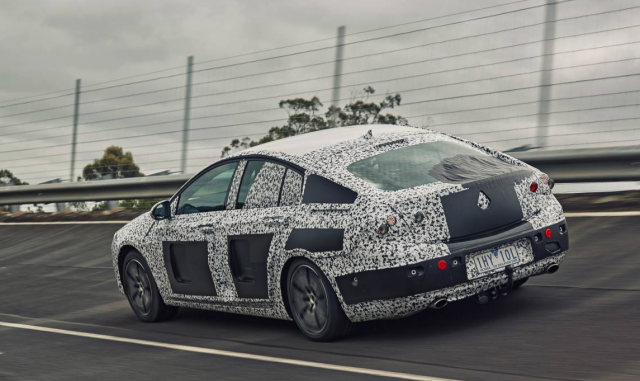 “The engine program alone will save them a significant amount of money. And they all want a Triple Eight car, anyway.

“Now they can put their own bits in it, no drama. But the externals will be common. And it will be at a proper price; it won’t be exorbitant.

“We want to make sure that everyone that wants to run a new Commodore is able to.

“Ideally, we’d turn up in Adelaide in 2018 and we¹d have all of our current Holden teams running new Commodores.

“Whether they all want to do that is a different story.

“I know that most of them do, but some of them probably won’t.

“The ones that do will be very happy with what they have.

“They’ll be in a better position financially by having the car and engine package of the next-generation car.”