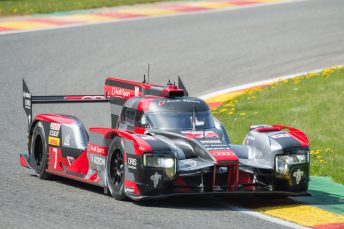 Audi will abandon its sportscar program in favour of Formula E

Audi has announced plans to terminate its FIA World Endurance Championship and Le Mans 24 Hours sportscar programs at the end of the season.

The German marque has become a leading figure in sportscar racing during the last 18 years, winning the prestigious Le Mans 24 Hours on 13 occasions, while also taking out the WEC drivers’ and manufacturers’ crowns from 2012-2013.

The news arrives as part of a realignment of Audi’s motorsport programs, with the manufacturer to focus on its participation in the all-electric FIA Formula E single seater series with the Abt-Schaeffler squad.

The announcement also confirmed a continuation of its DTM touring car program, while a statement hinted the possibility of works support for Mattias Ekstrom’s EKS World Rallycross outfit, which utilises Audi S1 machines.

Audi revealed its intention to step up its Formula E commitments last month when it unveiled plans for a factory team to contest the 2017/2018 campaign.

“As our production cars are becoming increasingly electric, our motorsport cars, as Audi’s technological spearheads, have to even more so.”

Audi’s withdrawal from sporstcars will leave Porsche and Toyota as the only manufacturer backed programs in the LMP1 category next year.

“After 18 years in prototype racing that were exceptionally successful for Audi, it’s obviously extremely hard to leave,” said Ullrich.

“Audi Sport Team Joest shaped the WEC during this period like no other team.

“I would like to express my thanks to our squad, to Reinhold Joest and his team, to the drivers, partners and sponsors for this extremely successful co-operation.”