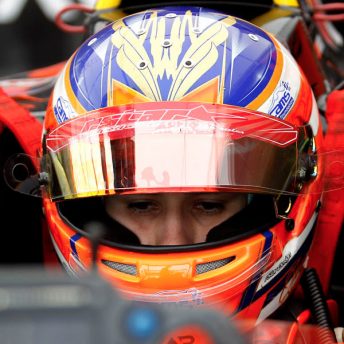 Joey Mawson is preparing to take the next step in his career by having a taste of British Formula 3 machinery in the Autumn Trophy at Snetterton this weekend.

After recently taking the German Formula 4 crown, the Australian will run for the Douglas Motorsport squad in a one-off appearance.

Compatriot Thomas Randle has vacated the seat which gave Mawson a chance after being booked for a clashing event in Spain.

“The opportunity came as a bit of a surprise, mentally I had already started to focus on the off season and onto winter testing. Now it’s quickly back to focusing on a race weekend,” said Mawson.

“It’s a great opportunity to be back in a car again and have a race meeting while learning a new track at the same time.”

The British Formula 3 cars are of a similar specification to the machines Mawson has campaigned during the past two years, with the major difference being a larger powerplant and more aerodynamics.

“I’ve never driven the BRDC Formula 3 car before, although there are some things that will be familiar like the Pirelli tyres,” said Mawson.

“It will be nice to drive a slightly faster car as I prepare for the next step in my career during 2017.”

Jamie Caroline, who won a race at the final round of the British Formula 4 Championship, will be alongside Mawson in the Douglas Motorsport garage.

Mawson will head to England from his base in the Netherlands on Wednesday before hitting the Snetterton circuit for the first time on Thursday.

The weekend format includes a qualifying session and two races on both Saturday and Sunday.

The grid for the first race is set in qualifying order, with starting positions for race two of each day set by the fastest laps from race one.