SVG: ‘Anything can happen’ in title battle

SVG: ‘Anything can happen’ in title battle 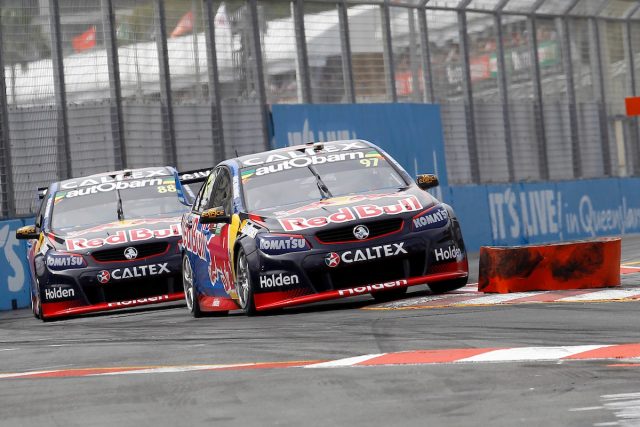 Shane van Gisbergen is taking nothing for granted as he closes in on a maiden Supercars Championship title.

Van Gisbergen has ducked questions about the championship battle throughout the season, repeatedly stating that he would not think about the title until after the Gold Coast event.

Now that time has arrived, the Kiwi says simply that avoiding mistakes will be key to his challenge from here.

“I’m in a good spot and it’s the best opportunity I’ve had to get a championship.

“But there’s still 600 up for grabs and anything can happen.

“I’ve just got to make sure that we make no mistakes.

“There’s no double-stacking at Pukekohe (due to the sprint races not having pitstops) so that’s good.”

Van Gisbergen settled for second behind Whincup in Race 23 after receiving a bad sportsmanship warning for overuse of the kerbs just over 10 laps from the finish.

Although admitting that he backed off in order to avoid a penalty, Van Gisbergen insists that his conservative approach had nothing to do with the championship equation.

“I just didn’t want to go through pitlane (with a drive-through penalty),” he said.

“(Mark) Winterbottom was 10 seconds behind (in third at the time) so we just backed it down.

“It was going to be hard to get to Jamie let alone pass him.

“I was having to push so hard over the chicanes, that’s where I made up the time.

“Once you’ve used up all your warnings it’s hard to get away with it again.”

Van Gisbergen had charged from seventh to second in his single stint of Race 23 and later laughed about having to pass Chaz Mostert three times.

The Red Bull driver revealed that his team had twice ordered him to ‘reposition’ behind Mostert for overusing the kerbs at the chicane before his overtakes, the second of which was by accident.

“The first one (redress) I sort of knew I took too much kerb,” he said.

“It’s the first time I really followed a car that close and you just follow the rear wing.

“I just misjudged it and passed him anyway.

“They (the team) saw it, but it was actually a replay of the first one and thought I’d done it again.

“I redressed so we ended up having to pass him three times.” 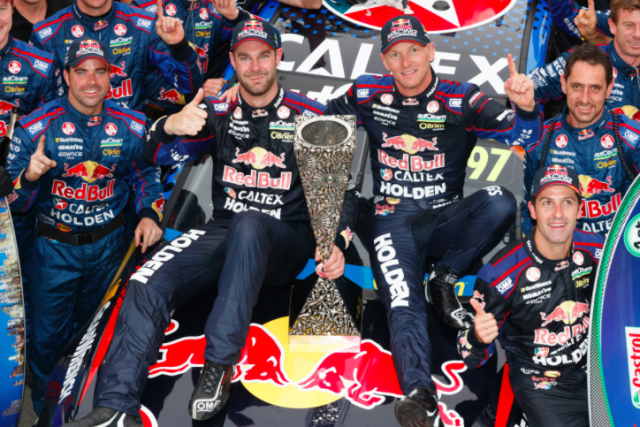 SVG and Premat celebrate victory in the Pirtek Enduro Cup