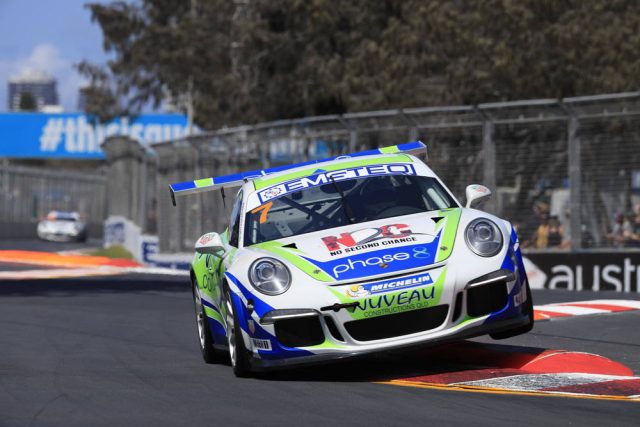 Also decided in the race was the Tag Heuer Carrera Challenge for semi-professional drivers with Tony Bates taking the title.

After securing the Drivers’ title in the opening race earlier today, Campbell was again untouchable as he streaked away from the start to take his 13th race win of the season.

Behind Alex Davison got passed team-mate Michael Almond, but was unable to go with Campbell.

The main action was in the mid-pack where Dylan O’Keeffe made contact with Nick McBride. O’Keeffe suffered front-end damage and had to pull off the circuit.

The focus in the Tag Heuer Carrera Challenge was about Bates keeping out of trouble. Stephen Grove led home a line of semi-professional racers with James Bergmuller in second followed by Marc Cini and Bates.

The final race of the weekend and the season of the Carrera Cup will be on Sunday prior to the second race of the Castrol Gold Coast 600.