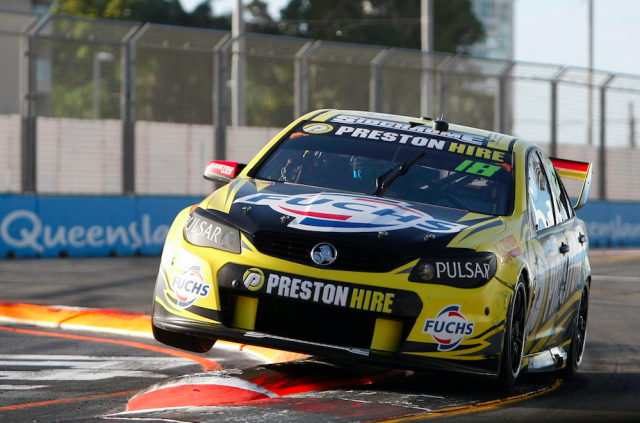 A decrease in track time allocated to co-drivers at the Castrol Gold Coast 600 this year is verging on being unsafe, according Team 18’s Karl Reindler.

Co-drivers have been allocated just one 30 minute practice session at the tricky Surfers Paradise street circuit, which is 50 percent less than recent years.

Teams are permitted to utilise co-drivers in other sessions, but are effectively forced to run their primary drivers in order to tune the cars for qualifying.

Reindler, who will partner Lee Holdsworth this weekend, heads into today’s 300km race having completed just one timed lap after a sticking throttle curtailed his running in the co-driver session.

While acknowledging his circumstance is unusual, the West Aussie is among those eager for Supercars to revert to the previous twin 30 minute session format.

“It would be nice to go back to the old format where we had the extra practice and I think I speak on behalf of most of the co-drivers that we always appreciate the track time.

“More time on track is hugely valuable for confidence and there is a lot at stake.

“It is also a safety thing. There are drivers like James Golding, who I believe hasn’t been here before, and he has had half an hour on track and now he is going into a 300km race.

“I think the organisers have got to look at it from that point of you.

“You have the option to put the co-driver in for first an third practice but at the same time you have to maximise the time.

“In the final practice you are focussing on qualifying set-up so it is irrelevant to the co-driver.

“This is not a track you can easily pass on so qualifying is more critical than other circuits.

“This is the type of circuit where you need time to creep up on it and is unforgiving.

“I think we will see a few mistakes from the guys in the race because of the lack of laps.”