Walkinshaw Racing on the move in 2017

Walkinshaw Racing on the move in 2017 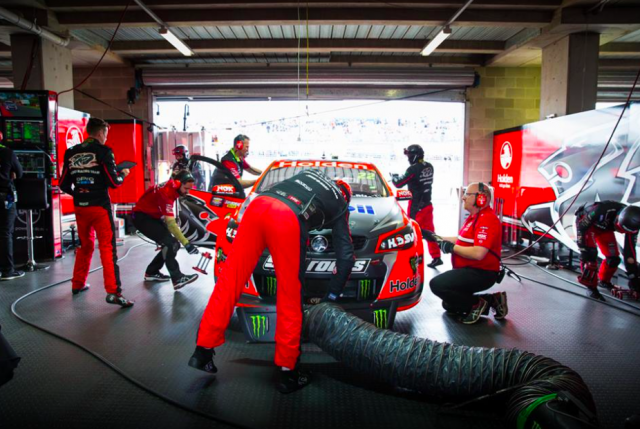 Walkinshaw will move factories in 2017

Walkinshaw Racing’s rebirth for 2017 will include moving its Melbourne headquarters, marking the end of a 20-year run in its current facility.

Spread across multiple buildings at the Clayton Business Park, the Supercars squad is set to be consolidated with the entire Walkinshaw Group in nearby Clayton South.

The 28,000 square metre location will see the race cars prepared within metres of a new Holden Special Vehicles production line.

Sister companies Walkinshaw Sports and American Special Vehicles, as well as its Australian GT Porsche outfit, are also set to be moved into the new facility.

Walkinshaw Racing managing director Adrian Burgess says that move will provide a boost for both efficiency and morale within the company.

“It’ll be a really good thing for the whole business to be on one site,” Burgess told Speedcafe.com.

“I spoke to Ryan (Walkinshaw, owner) about it during the first meeting we had about me coming here to work because I’d already heard all the stories about the current facility.

“When you work here you understand how much time and energy gets wasted and how bad communication can be if you don’t keep on top of it.

“We’ve worked pretty hard to make the best of what we’ve had, but this will just be so much easier.

“Even just having one canteen where everyone can have tea together. It’s those cultural things that’ll improve as well.”

Burgess says that the race team will move into the new facility next year, but the exact timing is yet to be determined.

“We haven’t set a date yet, we’re still in the planning phase of all of that,” he said.

“We’ll have access to it early in the new year to start doing some work in there and we intend to be out of our current place by next Christmas (2017).

“It’ll take quite a bit of time to move a business of our size and not lose productivity and production in all the relevant areas.”

Investing in a 15-year lease on a new factory is another sign of Walkinshaw’s commitment to Australia and the race team, which recently signed drivers James Courtney and Scott Pye to three-year deals.

Burgess says confirming the drivers has helped negotiations with new and existing sponsors as it prepares for life beyond its Holden factory status and Holden Racing Team nameplate.

Although work is ongoing, Burgess suggests that no major announcements about the team’s rebirth will be made until the new year.

“All of the rebranding and the companies that have renewed and the new ones that are coming in, we don’t anticipate talking about that until next year,” he said.

“This year we’re HRT so I think the respectful thing to do there is to finish this chapter and then in 2017 we’ll roll out who and what we are going to be moving forward.”

The HRT won the Sunday race on the Gold Coast last year with James Courtney and Jack Perkins and is among the favourites to enjoy more success this weekend.