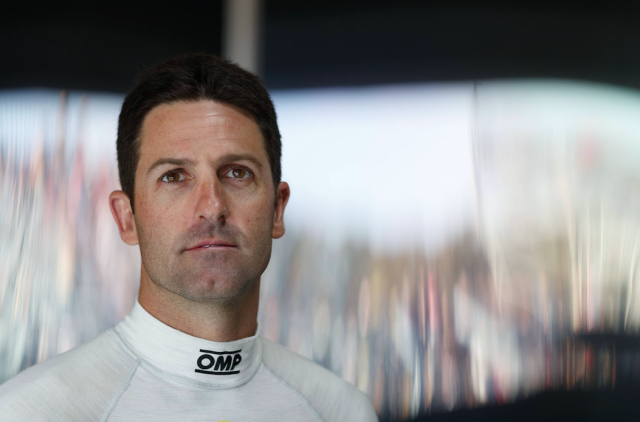 Jamie Whincup says that his failed Bathurst appeal has made winning a seventh Supercars title this season a tall order.

Following the dismissal of the appeal on Tuesday, the 33-year-old remains 139 points adrift of team-mate Shane van Gisbergen with three events and 900 points still remaining.

Dressed as his comical ‘JDub’ character as part of the pre-event festivities, Whincup stressed that this weekend’s two 300km races around the streets of Surfers Paradise will play a serious part in deciding the champion.

“To be nearly 150 points down on a really strong contender in my team-mate is a lot,” Whincup told Speedcafe.com.

“We took a big hit at Sandown and another big hit at Bathurst and it’s going to be a hard slog to come back from here.

“That’s life, there’s no point dwelling on the past.

“This weekend is going to be critical. There’s always different scenarios going on, there’s weather predicted on Sunday.

“It’s critical that car #88 has a good weekend. We don’t necessarily have to win, but we have to be clean and get as many points as we can.”

Whincup gave his thoughts on the Bathurst incident and subsequent saga in an extensive post on his website last night, which included heavy criticism of Supercars.

Standing by his opinion that he was in the right in the clash with Scott McLaughlin, Whincup says the lengthy post was his way of drawing a line in the sand ahead of the weekend.

“Everyone has an opinion. Everyone loves to give it.

“I had to be muzzled (before the appeal), which is fine, but I wanted to let everyone know what my thoughts were, whether they wanted it or not.

“The main purpose of it was just to save a bit of time for myself to explain my side of the story and explain how I saw it.

“Everyone knows where my head is at. We don’t have to talk about it any more.”

Describing the debacle as one of many “speed humps” in the life of a professional sportsman, Whincup insists that losing another Bathurst in contentious circumstances has not taken a mental toll.

“I don’t know where I get it from, I think it’s potentially good parenting. Maybe I’ve got no heart… I don’t know. It doesn’t affect me one bit.

“But I won’t lie, it did affect some of my team-mates and some of my family as well.

“If you see your friends getting affected then you’ve got to do something about it (by sharing my point of view).” Van Gisbergen, Lowndes and Whincup ham it up for the media