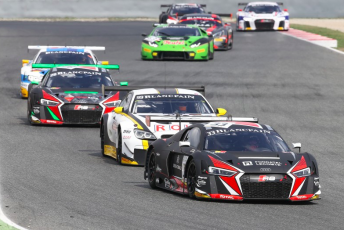 SRO Motorsports Group has revealed the calendar for the inaugural Blancpain GT Series Asia next year.

The new series, announced by Blancpain GT boss boss Stephane Ratel in July, will feature six rounds, which will comprise two 60 minute sprint races including a mandatory pitstop at each event.

Organisers have confirmed the series, which will act as direct opposition to GT Asia, will be eligible for GT3 and GT4 machinery.

GT3 will feature separate categories for Pro/Am and all amateur driver pairings, while GT4 remains solely dedicated to amateur drivers.

Two events in Japan follow beginning with a visit to Suzuka and Fuji International Speedway.

The championship will end with two rounds in China starting at the Shanghai International Circuit before the Zhejiang finale from October 21-22.

Pirelli has been announced as the control tyre for the category.