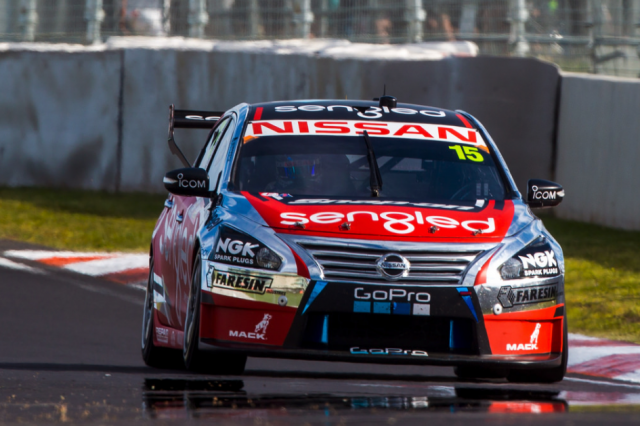 Russell Ingall has backed Rick Kelly to rebound strongly from a horror Bathurst, earmarking the Sengled Nissan as a genuine winning chance on the Gold Coast.

Kelly qualified just 20th at Bathurst before a series of frustrations in the race ended with his first crash at Mount Panorama in 15 starts.

The 2006 champion remains mired down in 13th in the championship as a result, four places and 321 points adrift of Michael Caruso in the leading Nissan.

Encouraged by Kelly’s Sunday podium on the Gold Coast in 2015 while driving alongside David Russell, Ingall believes the Altima will have what it takes to fight for victory this year. 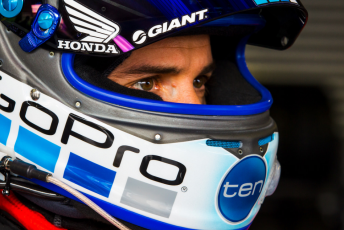 “We’re in with a genuine shot, there’s no doubt about it. We are serious contenders.

“The horespower isn’t as big a factor there which hindered us at Bathurst. We should be on the money.

“Rick is really fired up about it and he’ll bounce back from Bathurst.

“No one is bullet-proof in this industry and every now and then people get a bit stressed.

“He’s got a lot of pressure on his shoulders as a team owner and a driver and I think that showed a bit there.”

Despite the troubled Bathurst campaign, Ingall has been impressed by the way the Kelly family owned Nissan team operates.

The veteran drove for both the Holden Racing Team and Prodrive last year and says there’s only one key area in which Nissan is lacking.

“They (Nissan) may have the horsepower but where it is isn’t right,” he said.

“There’s no doubt there’s a deficiency there. I’ve driven all three cars, so I know.

“I don’t care what anyone says, the power isn’t the same as what the lead cars have.

“I think considering that they’re doing a remarkable job.” 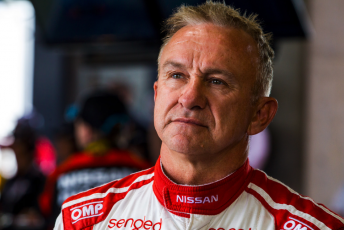 This weekend marks Ingall’s 254th Supercars event start. Whether it will be his last remains to be seen.

Recently signing up to drive a BMW in next year’s Bathurst 12 Hour, Ingall says he’s keen to go around for another Supercars enduro season but there are no guarantees of landing a seat.

“I certainly plan to do more driving in the 12 Hour next year and beyond,” he said of his future.

“As far as Supercars goes I’m taking it year by year.

“I had offers from two teams at the beginning of this year and the only reason I didn’t take them up was I didn’t know what my Fox (television) commitments were going to be.

“The Nissan one came halfway through the year when I knew that I was clear so I expected it.

“It’ll be the same deal next year. I’ll just sit on the fence and if the phone rings I’ll do it and if it doesn’t I won’t. It’s as simple as that.”

Although relaxed on his driving future, a typically plucky Ingall threw down a challenge to Triple Eight owner Roland Dane to give him the chance to compare the team to HRT, Prodrive and Nissan.

“If Roland has the best team, maybe he should prove it,” smiled Ingall.