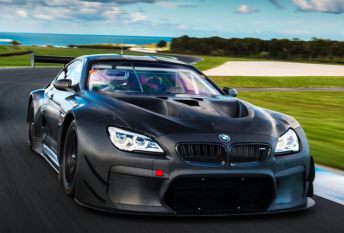 Organisers have confirmed a field of more than 320 cars for the inaugural Challenge Bathurst sprint event to be held at Mount Panorama next month.

The brainchild of James O’Brien, the event will consist of four days of sprints split into 20 minute timed track sessions at the 6.2km circuit, designed for both professional and regular drivers.

The Lightning Super Sprint, for elite and experienced competitors, has been fully subscribed with 120 cars entered.

The line-up is headed by Maranello Motorsport which will field its Ferrari 488 GT3, to be piloted by Supercars stars Craig Lowndes, Jamie Whincup and GT ace Toni Vilander at the Bathurst 12 Hour.

Pending their availability, Lowndes and Whincup are expected to attend to complete valuable test runs.

BMW, which has booked the circuit privately for Monday, November 28, will also deploy factory engineers to the test to assist the team’s lead up to the endurance event.

Organisers have received 200 entries for the Thunder Regularity sessions designed for non-professional drivers.

Event director O’Brien has been stunned by the response to the Challenge Bathurst concept.

“The reaction to Challenge Bathurst has been outstanding and shows the appeal that Mount Panorama has for motor racing fans and competitors from all around Australia,” said event director O’Brien.

“The Lightning Super Sprint is sold out and will be a very fast, very competitive few days with some of the fastest GT cars and biggest brands involved alongside a lot of private entries – all in serious machinery.

“The Thunder Regularity has achieved 200 entries. With the cap set at 275, there is still time for people looking to get some laps of Mount Panorama to submit an entry and be part of the action.

“We are very pleased with the outcome in both Lightning and Thunder, and it will deliver a big four days on the Mountain this November.”

Entries will remain open until October 28.