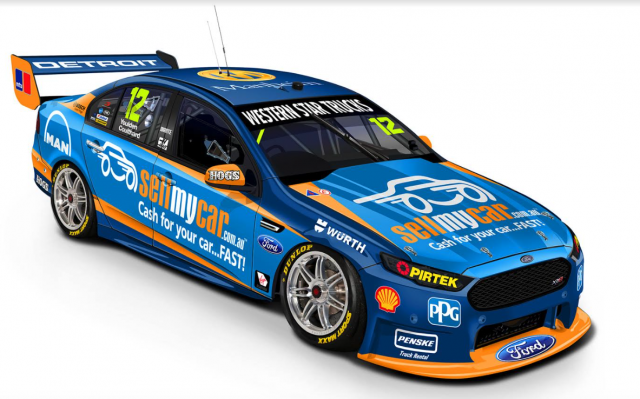 Coulthard’s livery for the GC600

Cox Automotive, which sponsors Penske’s NASCAR team through its Autotrader brand, will spruik its SellMyCar and Manheim Auctions businesses during its first foray into Supercars.

The companies buy and sell cars as part of the Altanta-based Cox Enterprises network, which boasts 55,000 employees and revenue in excess of $18 billion per annum.

“It is always exciting to debut a brand new sponsor to our sport and the activity leading up to their event has been impressive with the SellMyCar and Manheim activations.

“We look forward to welcoming the team and their guests to the DJR Team Penske garage over the weekend.”

The second DJRTP Ford of Scott Pye will meanwhile race in the Hogs Breath Cafe colours last seen at Townsville in July.

DJRTP recently announced that it will drop its rolling sponsorship model next season in favour of a new two-car, multi-year deal with oil giant Shell. 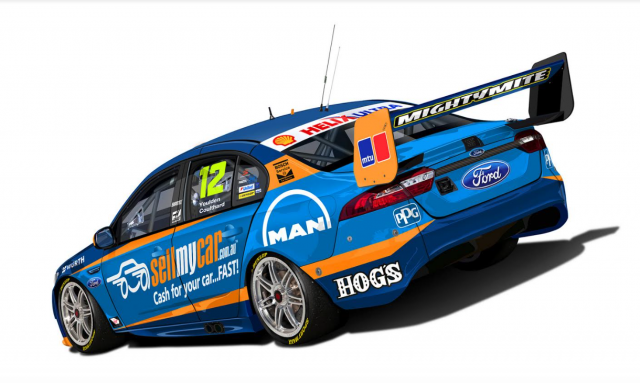 DJRTP will run split liveries on the Gold Coast