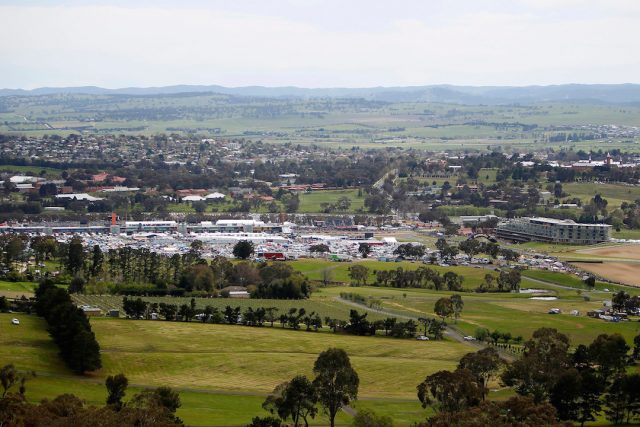 Bathurst’s proposed plan for a second circuit and an accompanying technology park is gaining in-principle support from all levels of government.

While the final location of where the second circuit, to be named Velocity Park will exactly sit remains unclear, Bathurst Regional Council has received positive responses amid top level talks at state and federal level.

A site near McPhillamy Park, near the Panorama Motorcycle Motocross Club, is being touted as a recent sound study has stopped plans for the original site south of The Chase.

Mayor Gary Rush is confident he will win federal support for the project after recently meeting with the minister for regional development, Fiona Nash.

The second circuit will incorporate facilities for automotive businesses and suppliers.

For the project to commence, it needs $20 million in funding from both the state and federal governments along with $10 million invested by the BRC.

“I’d like to think that we have gained support of the idea for this project with the Federal Government,” Cr Rush told Speedcafe.com.

“To gain state government funding we would need such an appraisal and part of the process,” the mayor said.

“For the state government they see it as a great opportunity not just for economic development and job growth around a business technology research park targetted for local industry but also for the visitor economy for the state.”

While no formal approaches have been made to court world championship level motorcycle races to the second circuit, such competition will be a key plank for the project in future.

“As we know motorsport throughout this country and the interest of overseas people coming to Australia has been seen by this event (Bathurst 1000) or the Liqui-Moly 12 Hour in recent times,” he said.

“So I don’t think it’s fanciful for us to think with something like that (proposed second circuit) facility we are putting ourselves in the frame for more overseas or domestic visitation.”

The Velocity Park precinct will aim to court automotive businesses to either move part or all of their operations to Bathurst.

“It has the added advantage of not only having the commercial buildings here for employees but having the second circuit for product launch days and testing etc.

“I do think that the interest that it has generated as a concept has received a lot of interest from major companies from the motor industry throughout Australia.

“It’s not fanciful to say that an organisation in Melbourne would consider moving its employees to Bathurst when you acknowledge the fact that we have in excess of 60 educational institutions in Bathurst stretching from the university down to infant care.”

Cr Rush says it will continue to offer guidance for the Ipswich City Council’s redevelopment of the Queensland Raceway circuit in what is seen as a key but unusual collaboration.

“We have built up a certain level of expertise and know what its like,” Cr Rush said.

“Ipswich is embarking on its endeavour and I think there is room in this country for more than one auto technology-type venue.

“It is two councils which is unusual space for councils really because it is not a given through the 560 councils throughout Australia that they are all as commercially minded.”

“Once you have a significant asset and facility like this and in their (Ipswich) case they want to improve, the more discussions amongst each other goes on it is beneficial for everybody – the motor industry, motorsport and everybody.

“For us to say we are going to play a protectionist role and not share, I don’t know whether we would be well supporting Bathurst.”