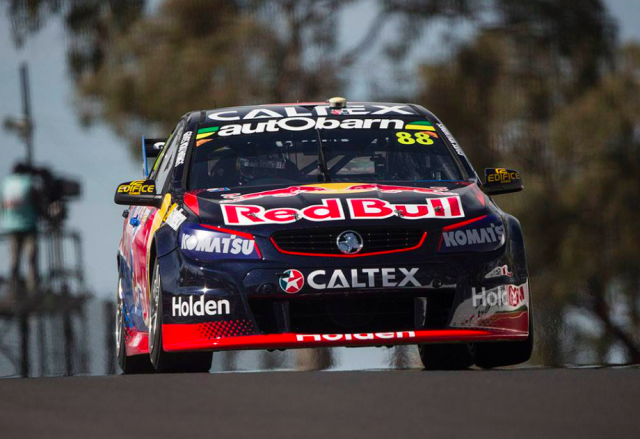 The Pirtek Poll wants to know what you think about the controversial finish to the Supercheap Auto Bathurst 1000.

Jamie Whincup took the chequered flag first on the road before a 15 second post-race time penalty for contact with Scott McLaughlin demoted him to 11th in the result.

Red Bull has appealed the penalty in the hope of overturning Will Davison and Jonathon Webb’s victory.

What do you think? Did Whincup’s penalty fit the crime?