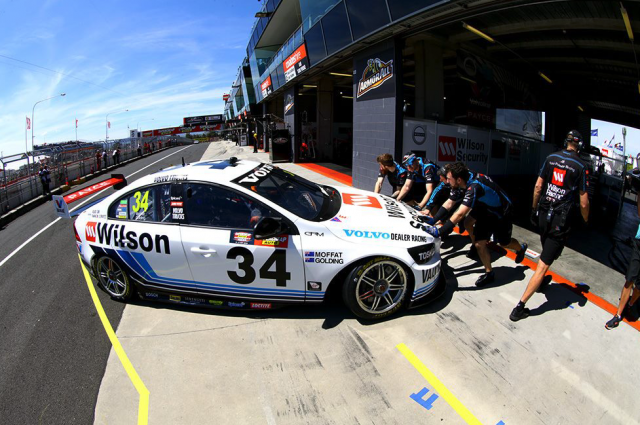 Legal action between GRM and Volvo is underway

The team’s case against Volvo Car Australia and Polestar Performance officially began on Friday where representatives of the two parties were given initial orders.

GRM has taken action following Volvo’s decision not to renew its Supercars contract beyond the end of this season.

The team argues that Volvo had made its decision as long ago as 2014 and that it was misled into thinking a renewal was likely prior to the May announcement.

According to a statement issued by GRM today, the judge has ordered the parties to attempt mediation to settle the dispute.

Speedcafe.com understands that a mediation deadline of December 15 has been set and, if an agreement cannot be reached by that time, the case will go before a judge next February.

Having unsuccessfully sought its own talks with Volvo bosses on the matter, GRM is hopeful that the court-ordered mediation will yield a favourable outcome.

The team is seeking the right to continue with its current equipment for a further 12 months.

“We had our first listing in the Federal Court on Friday where orders were made by the Judge regarding the completion of legal steps,” read a GRM statement.

“The Judge has provided a window of opportunity to resolve the matter this year by way of Court ordered mediation.

“This was very positive from our point of view as we have been attempting to sit down with Volvo and discuss the position that they had left us in following Volvo’s unexpected announcement in May to exit Supercars at the completion of the current season, after earlier indications that an extension to the program was supported.”

What happens to GRM if a judge rules against the team’s request to continue with Volvos on the eve of next year’s Clipsal 500 remains unclear.

As previously reported, the team is confident of securing new factory backing for 2018 but admits it’s too late to introduce a new car next year.

GRM is understood to have fielded several offers from rivals to sell them cars for 2017, but the team is reluctant to invest in customer equipment.

The two Holdens that GRM runs in the Dunlop Series are owned by businessman Tony Klein and, having been built over the 2012/13 off-season, are thought unlikely to be competitive in the main game.

Regardless of the uncertainty, GRM entered its two Racing Entitlements Contracts for 2017 by last Friday’s deadline alongside the other 24 existing licenses.

Owner Garry Rogers was tight-lipped on his options when asked by Speedcafe.com whether the team will continue in Supercars if the legal action is unsuccessful.

“It’s before the courts and that’s all we’ve got to say at this stage,” he said.

GRM has competed full-time in the Supercars Championship since 1996, running Holdens until it switched to Volvo for 2014.

Currently employing a staff of 35, the team’s crowning achievement is its 2000 Bathurst victory with drivers Garth Tander and Jason Bargwanna.