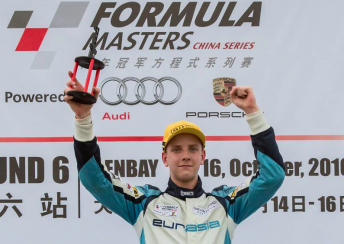 Australian Aidan Read recorded a sweep of victories in the final round of the Formula Masters China Series at Taiwan’s Penbay International Circuit.

Read shot to the lead from second on the grid in the opening race before the Safety Car was deployed on lap 4.

The young Aussie made no mistakes at the restart as he charged to the chequered flag from Hamprecht and Jeong Tae Kim.

Read took out Sunday’s final two races leading Kim to the finish on both occasions to cement his second place finish in the overall championship standings. 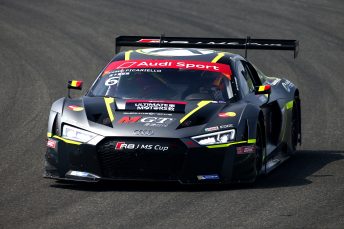 Alessio Picariello leads the Audi R8 LMS Cup title race after scoring his first win of the season at the Penbay International Circuit.

After recording five second place finishes this year, the Belgian driver held his nerve despite coming under pressure from Rahel Frey to score his maiden victory.

The opening race saw Frey take the spoils with a dominant drive to the flag, crossing the finish line 12.8s ahead of Picariello.

“For me, it was a really good start in the second race, probably the best I’ve had in the Audi R8 LMS Cup, and on this track that’s always key,” said Picariello.

“We took a big risk with our set-up and changed the car a lot, and in the end it paid off.

“I had good pace throughout Round 10, the last laps were getting hard but we still managed to keep a small lead over Rahel.

“This is a great win for me and the Absolute Racing team. I don’t think about the championship. I take it race by race.”

Picariello holds a three point lead over Yoong in the championship standings ahead of the season finale at China’s Shanghai International Circuit from November 4-5. 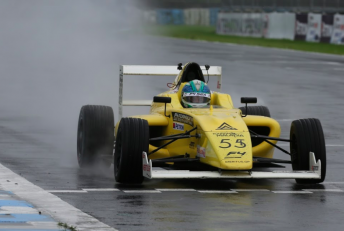 The 19-year-old kept his cool despite treacherous wet conditions caused by a typhoon that swept nearby the circuit.

A strong start to Race 5 of the weekend saw him leap into the lead from Indonesian racer Presley Martono.

Kahia maintained his advantage until conditions worsened which forced officials to shorten the race.

“Finally, I am super stoked with getting this win,” said Kahia.

“I have been waiting for a long time for this.

“I had a great start from P2 into the lead and tried to maintain a consistent pace and push as hard as I could while maintaining the gap to Presley (Martono).

“There were a couple of moments when Presley managed to close up on me, one of them was when I went a bit too deep into one of the corners and went wide and that let him close in on me.

“But I managed to hold it together, after that I kept my head down and keep the lead through to the end.”

The Kiwi finished second in the opening heat before finishing fifth in Race 2 before retiring from the third encounter.

Kahia scored his second podium in Race 4 with a third place. The sixth and final race of the weekend was abandoned due to the adverse weather conditions.

India’s Akash Gowda took the spoils in the first two races, while Gabriel Cabrera and Martono shared the spoils in Race 3 and Race 4 respectively.

The championship heads to Indonesia’s Sentul International Circuit from November 11-13.