Ogier shoots to the lead in Spain

Ogier shoots to the lead in Spain 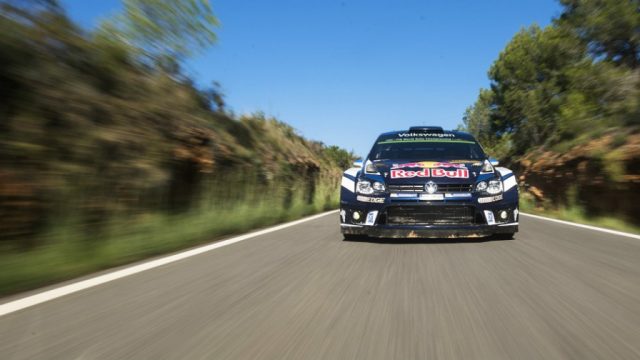 Ogier was the class of the field on the dry tarmac

Sebastien Ogier is on the verge of winning his fourth-straight World Rally Championship title after streaking to the lead of Rally Spain.

After trailing Hyundai’s Dani Sordo heading into the day, the Volkswagen star turned a 17-second deficit into a 5.8-sec lead by the end of the day.

Ogier’s push for the title improved when Andreas Mikkelsen, second in the series, crashed in the afternoon to leave the Frenchman with one hand on the crown. The only other challenger is Thierry Neuville. However, he needs to win the event and Ogier not finish to keep the title fight alive heading to the next event in Great Britain.

In contrast to Friday’s wet and muddy stages, Saturday’s tarmac stages were dry with sunny conditions.

Initially Sordo defended his lead, but Ogier trimmed it to 7.7sec by the mid-leg service with two stage wins. Three more fastest times followed in the afternoon.

“Dani was strong and very hard to catch,” said Ogier.

“We managed to come back and had some good times but I knew it would be tough. Sunday will be exciting again and we’ll have to continue in the same way tomorrow.”

After being so strong on the wet gravel, Sordo struggled with understeer on the dry asphalt and even reduced his pace to try to improve grip.

“I’m very disappointed to lose the fight but what can I do?” said Sordo.

Mikkelsen was distanced by the leading duo and slipping towards Neuville’s clutches when his Polo R drifted into a barrier in a fast right corner before rolling heavily. The Norwegian and co-driver Anders Jaeger were unhurt.

Neuville, like Sordo, was frustrated by his i20’s handling. He made set-up changes mid-leg but reverted to settings close to those used in the morning when the understeer persisted. 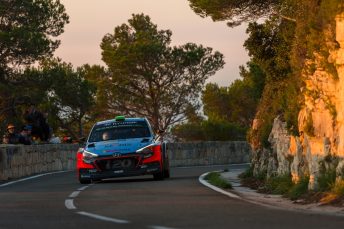 Hayden Paddon made it three i20s in the top four. The Kiwi was 16.1sec behind Neuville and suffering similar handling issues, but finished 37.9sec ahead of Kris Meeke.

“Consistency has been the word of the day for us,” said Paddon.

“We have been in or around the top-six in most stages today and we’ve been able to move up to fourth place, following Andreas’s retirement. We’ve been digging deep and trying to move forward – and we’ll continue to do that through Sunday’s four stages.”