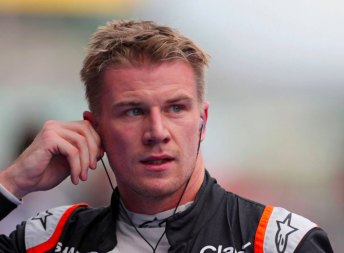 Nico Hulkenberg has signed a multi-year deal with the Renault Formula 1 team.

The French manufacturer has confirmed the signing of the 29-year-old who was released from his contract at Force India on Friday.

Hulkenberg had originally planned to extend his stay at Force India before receiving interest from Renault.

The German driver has spent the majority of his F1 career at Force India, beginning as a test driver before graduating to a race seat in 2012.

Hulkenberg joined Sauber for the 2013 before moving back to the Silverstone squad where he has spent the last three years.

“Renault has always been a big player in the motorsport world that brings up incredible memories.

“In his stint with Renault, Michael Schumacher not only helped make Germany an F1 nation, he also sparked my enthusiasm and fire for racing.

“As a part of the Renault family, I want to develop the car and write new success stories.

“For the remaining races this year, I will give my best for Force India to reach fourth place in the constructors’ championship.

“This would be a great achievement for the whole Force India team, the biggest success in its history and a great end to a fantastic time there.

“I am grateful that Force India has given me the chance to take up this new opportunity.”

Renault is yet to confirm Hulkenberg’s team-mate for next season with current drivers Kevin Magnussen and Jolyon Palmer among the contenders.