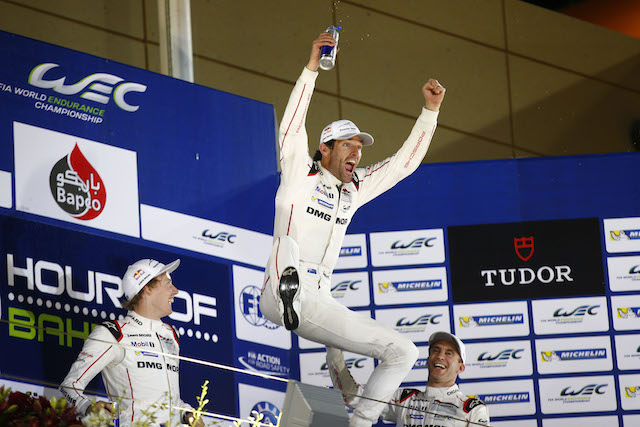 If there is a prototype for a role model in motor racing, then look no further than Mark Webber.

Determination, tenacity, verve and skill are just part of the chemistry that Webber took to the world stage after leaving Australia as a Formula Ford driver in the mid 1990’s.

Against massive odds and surviving horrendous accidents at Le Mans in 1999, Webber was given a ticket to Formula 1 with the help of compatriot and Minardi team owner Paul Stoddart in 2002.

What was originally marked as a one-off drive turned into 200-plus grand prix starts over an 11-year span highlighted by nine wins and 42 podiums.

Working his way from Minardi to Jaguar and Williams to Red Bull, Webber would encounter the full brunt of F1 politics, however he maintained a stiff upper lip, remaining resolute even in the most dire situations.

After deciding to end his F1 career at the end of 2013, Webber would leave the grand prix world without a world championship that, arguably, his unflinching resolve and dexterity commanded.

Serving the last three seasons at the top of Porsche’s factory program, sharing the LMP1 919 Hybrid with Brendon Hartley and Timo Bernhard, Webber would finally crack it for his first championship by lifting the World Endurance Championship driver’s title last year.

At 40 years of age, Webber, has named the 6 Hours of Bahrain on November 18 as his final assignment as a professional racing driver.

“Of course hanging up my professional racing helmet is a very big decision but I’ve been extremely fortunate to receive great counsel from two of the legends of our sport, Sir Jackie Stewart and Niki Lauda, about the timings of such a decision,” Webber said.

“The timing is right for me – you certainly view things a bit differently when you get a bit older and your priorities in life change.

“As with my F1 career, it’s nice to making the decision on my own terms.”

Fritz Enzinger, Porsche’s vice-president for the LMP1 program that oversees the most sophisticated racing car in the world, summed up Webber’s qualities perfectly.

“Behind the wheel he is a fair fighter, never shy of even the toughest wheel-to-wheel battle,” Enzinger said.

“At the same time, he thinks strategically and is team orientated.”

In the meantime Webber is preparing for his final three WEC races at Fuji, this weekend, Shanghai on November 5 and the finale at Bahrain.

Those events represent potentially 18 hours of competitive racing for the driver who appropriately goes by his alter-ego, ‘Aussie Grit’.

Perhaps the greatest legacy Webber has left behind is the influence on a generation of youngsters to follow in his footsteps.

It is a time to celebrate and cherish these last few weeks of Webber as a top flight racing driver.

@aussiegrit, you’re a bloody legend!
Il try to hold off on the sob story and tears as we still… https://t.co/0t8E53dGSX

Class of ’17 will look different. @aussiegrit was great having u with us @Porsche_Team ! Great asset to team! Best of luck in next chapter pic.twitter.com/dRnFipgLx1

Pure example of what we all inspire to be on/off track. I’m incredibly lucky to share a portion of your career. You’ll be missed @AussieGrit

@AussieGrit has been a great example of a professional driver, hard racer, hard worker and all round top block. Hat offs champ, true legend

In honour of his retirement here’s a #tbt of @aussiegrit with two other legends #GregMoore and… https://t.co/UPz2t3R8DU

Top driver, top guy, a great example for all of the young drivers like me. Defenetly someone i look up to! All the best @AussieGrit

. @AussieGrit …Copy Cat 😹 ‼️ Mark, it was cool to share so many years, tracks, teams, battles and memories with you! #TopBloke #GreatRacer

You’ve been a great World Champion with @Porsche_Team. You have all our respect & admiration, @AussieGrit a Champion forever. 2/2 pic.twitter.com/AiNODcQKLg

Welcome to the old boys club @AussieGrit , a great career and always done in style. 🏁

Didn’t see that coming. Congrats on an amazing career @AussieGrit. Hopefully we can keep your total @FIAWEC wins tally to 7 😛! #3races2go https://t.co/4nkHnjjhEi