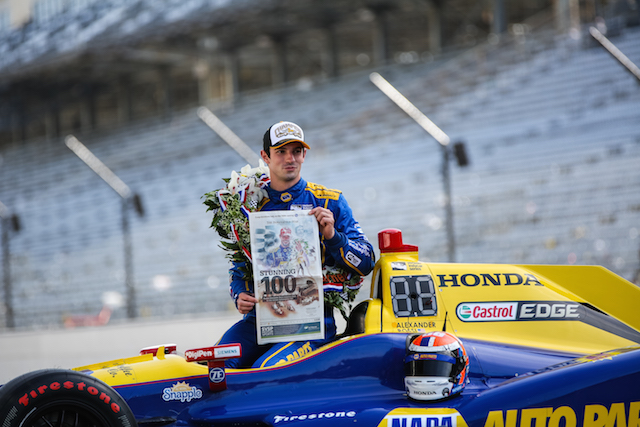 Alexander Rossi will return to his roots after being confirmed for the bumper SKUSA SuperNationals 20 karting event from November 14-20.

The winner of the 100th running of the Indianapolis 500 in May will link with his first karting mentor, veteran Matt Jaskol in Las Vegas.

Recently confirmed to continue with Andretti Autosport in IndyCar next year, Rossi will combine with Jaskol for the Italian world champion Factory CRG team.

Regarded as the most prestigious and competitive karting event in the world, the SuperNationals attracts champions from many of the top disciplines around the globe.

The competition has previously lured some of the biggest open wheel stars who have included Michael Schumacher, Daniel Ricciardo, Will Power, Marco Andretti and Max Verstappen.

“It goes without saying how honoured we are to have the likes of Alexander Rossi competing at this year’s SuperNationals,” Tom Kutscher, SKUSA Principal said.

“His improbable victory in the 100th running of the Indianapolis 500 is one of legend and it’s great to see him returning to his roots, where it all began, in karting.

Californian native Rossi is eager to be involved in the event alongside his childhood coach.

“This is where it all began and for me to give back to the foundation and roots of my profession is something I really look forward to,” Rossi said.

“Matt was and is an inspiration to me and a really big part of the reason I took the next step in racing.

“He’s an incredible go-kart driver and champion and it’s a huge honour to finally be racing with him and I’m very thankful we have the support of the World Champion Factory CRG team.

“It was at the Indy 500 where we met up again for the first time after many years, and following my 500 victory we decided to team up for the SuperNationals together.”

Next Story De Conto: no pressure ahead of Race of Stars