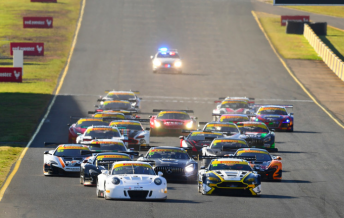 The inaugural Hampton Downs 101 Australian GT endurance race will be broadcast live on television in both Australia and New Zealand.

The third round of the new Australian Endurance Championship will be shown live on Fox Sports in Australia, while also beamed onto screens in New Zealand via TV3 on October 30.

The Hampton Downs 101 will be the first event at the newly redeveloped New Zealand circuit following the completion of a major redevelopment, featuring a newly constructed 1km track extension.

Australian GT has also confirmed fans will be able to watch the action via a live stream service, which will be published on Speedcafe.com.

“We know fans have been asking how they’ll be able to watch, so it’s great to be able to answer their questions and confirm coverage for the event.

“It’s particularly exciting to have live coverage across New Zealand for the Hampton Downs 101 round of the Australian Endurance Championship and we look forward to putting on a great race.”

A post produced highlights package from the final round of the Australian Endurance Championship and Australian GT Championship at Highlands Park (November 11-13) will be broadcast on Fox Sports on November 24 and December 1 respectively.