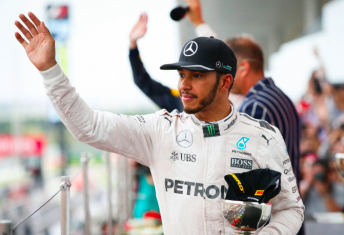 Lewis Hamilton has been forced to withdraw from a tyre test at Barcelona after injuring his foot in training.

The reigning world champion was set to evaluate Pirelli’s new wider 2017 specification rubber on Wednesday, but decided to step aside, handing the duties to team-mate Nico Rosberg.

Still feeling discomfort, Hamilton will be replaced by Mercedes junior driver Pascal Wehrlein for today’s running as the Brackley squad continues to gather valuable tyre data ahead of next season.

Mercedes expects Hamilton to be fully fit for the United States Grand Prix at Austin’s Circuit of the Americas from October 21-23.