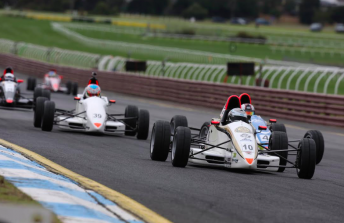 The sport’s governing body and Supercars have introduced the system to mirror that used by the FIA for Formula 1.

From next year aspiring drivers will need to acquire a minimum of 13 points over a five-year period before a Superlicence allowing them to race in Supercars is issued.

A range of state, national and New Zealand-based championships and series will be eligible to award CAMS Superlicence points.

The category has recently been stripped of its championship status and is no longer recognised by CAMS as a national series.

This year the series contested a round under Australian Auto Sport Alliance (AASA) sanctioning for the first time in its history at Winton last month.

The Formula Ford Association says it approves of the new system but is ‘baffled’ by CAMS’ decision not to include the popular junior category in its Superlicence qualification criteria.

“The concept of a Superlicence system to ensure that drivers coming into Supercars, Australia’s premier motor racing category, are up to the task is one that the Formula Ford Association is in full support of.

“However, the Australian Formula Ford Series’ omission from the system is baffling.

“For five decades Formula Ford has played an integral part in the proper development of young motor racing talent in Australia.

“Formula Ford, at both state and national level, has been a safe, reliable, and competitive stepping stone from karting to professional motor racing.

“During its time in Australia, Formula Ford has proven that its top alumni can make the step up straight to the professional ranks. Some do while some choose to add the likes of Carrera Cup or the Dunlop Series to their personal ladder.

“For Formula Ford’s successful National Series to be ignored by CAMS makes very little sense from a safety and/or development viewpoint.

“While we understand that CAMS doesn’t recognise our National Series as a ‘Championship’, there are series from New Zealand, also not CAMS Championships, that have been included in the Superlicence structure.

“Our sincere hope is that the decision wasn’t made to hold back our flourishing Australian Formula Ford Series and/or try and limit the enviable market share of young talent that currently competes in it.” 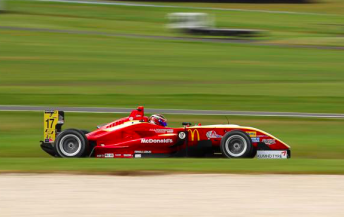 Meanwhile, the Australian Formula 3 Premier Series has signalled its displeasure regarding the points structure of the system.

From next year the Formula 3 series winner will receive five licence points, while the CAMS Australian Formula 4 champion will be awarded more than twice the amount with 12 points.

Given the skill required to pilot the fastest single seaters in the country, category manager Ian Richards believes the system is ‘flawed’ and more points should be distributed to the series.

“We applaud V8 Supercars on their licence initiative in trying to get the best and properly experienced drivers into the main game,” read a statement in part from Richards.

“However the points system that CAMS has proposed is flawed by any measure and is so biased as to make the whole exercise absolutely pointless.

“No such system exists in any other championship in the world, domestic or otherwise other than F1.

“Introducing the system with no retrospectivity harms opportunities for drivers who have already gone through the ladder system.

“If the system has no retrospectivity it means that CAMS can change the points value at any time, making it harder for young drivers to make decisions on their future.

“At the Easter Festival of Speed meeting that same year on a green track a Formula 3 car set a new outright record of 2:02.06s.

“It is beyond doubt it will take a higher skill level to achieve the above time than driving an F4 car for example around Sydney Motorsport Park to set a qualifying time of 1.30.18s.

“There is no linkage between the relative training values of each category and the point values, which leads us to assume that the reason it has been introduced is to apply a competitive constraint in the operation of some categories.”