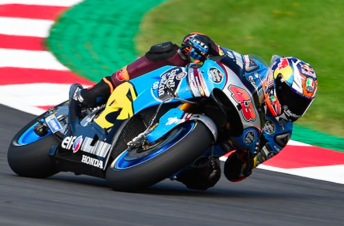 Jack Miller is ready to make his MotoGP return at this weekend’s Japanese Grand Prix after being forced to miss the last two races through injury.

The rising Australian star withdrew from events in San Marino and Aragon last month due to fractures in his right hand, caused by a warm-up crash at the Red Bull Ring in August.

The incident also saw Miller diagnosed with a broken wrist and a fractured vertebra.

Miller has returned to Australia since the last round in Aragon to aid his return to full fitness.

The Marc VDS Honda rider is eager to compete at Motegi after a frustrating period on the sidelines.

“It’s always tough to miss a race through injury and I’ve missed a few recently, but I’m positive all will be good for Motegi this weekend,” said Miller.

“Missing Aragon was the correct decision because the fractures in my hand wasn’t fully healed, so I would only have made things worse by racing there.

“Since Aragon I’ve been home in Australia working hard to get back to full fitness.

“Most of the training has been on the bicycle, but I also spent the last three days out on the water with the Jet Ski, which was fun.

“The hand is much improved and I’m looking forward to getting back on the bike this weekend in Motegi.”

Miller’s last competitive ride came at the British Grand Prix (September 2-4) where he battled through pain to finish in 16th position.