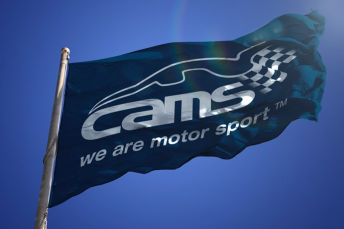 CAMS will introduce its own Superlicense system

A new CAMS Superlicense will be required for drivers to compete in the Supercars Championship from next season.

The sport’s governing body and premier category have introduced the system to mirror that used by the FIA for Formula 1.

The prospect of a Supercars Superlicense was raised earlier this year amid criticism over 18-year-old Kurt Kostecki’s substitute role with Team 18.

The new system will require a minimum of 13 points over a five-year period before a CAMS Superlicense will be given.

Twenty categories from Australia and New Zealand have been earmarked for use in the license system (see full table below).

They notably include Australian state level and New Zealand Formula Ford, but not the national series.

“Given that Supercars were recently included to the FIA Superlicence structure by the World Motor Sport Council, it was appropriate for CAMS to follow suit and implement a similar structure locally,” said CAMS General Manager of Motor Sport Michael Smith.

“Locally, CAMS has observed an increase in the number of young and inexperienced drivers racing powerful machinery in advanced categories of motor sport.

“Along with Supercars, we have raised concerns of a heightened level of risk. The CAMS Superlicence is intended to maintain the highest safety and driving standards across our sport.

“We have seen a similar case in Formula 1 where a driver is now required to have accumulated a number of FIA Superlicence points in junior categories and be over the age of 18 to be eligible to race.”

In addition to earning the required points, drivers wishing to gain a CAMS Superlicense will need to be 17 years or older.

They will be granted a Superlicense if they’ve competed in three or more Supercars events over the last five years or currently hold a minimum Gold driver rating with the FIA.

CAMS will also introduce minimum ages specific to each national category, which will now be 16 for both the Dunlop and Kumho Supercars series.

“The progressions through karting, junior formulae and then into the Supercars Dunlop Series and Virgin Australia Supercars Championship are quite dramatic, and in conjunction with CAMS we’ve worked on the Superlicence concept to ensure that young drivers are as prepared as possible when making these progressions,” he said.

“Supercars are fast, powerful cars, and quite dramatically different to anything else a young driver will be exposed to as they progress up the motor sport ladder.

“This new system will assist in getting them ready for the highest levels of Australian motor sport.”