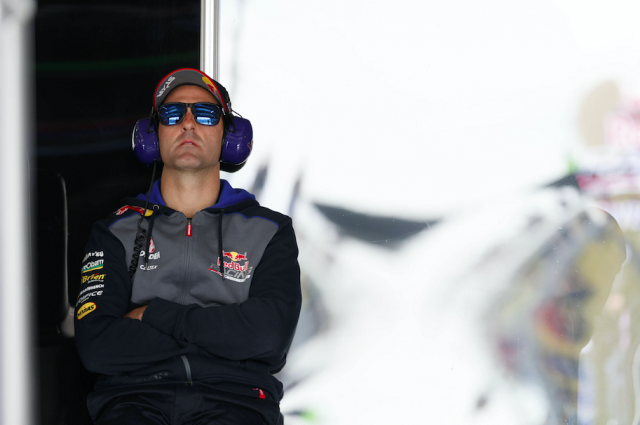 Bowe admits that his view may prove unpopular with fans, but is adamant that Whincup was not at fault for either his initial move on McLaughlin or the chaos that unfolded as he attempted to redress.

The penalty handed victory to Tekno Autosports’ pair Will Davison and Jonathon Webb, who held off the second Red Bull Holden of Shane van Gisbergen/Alex Premat in a thrilling finish.

“I know what I am about to say won’t be a popular statement, but Jamie Whincup was robbed in yesterday’s race,” Bowe wrote this morning on his Facebook page.

“Firstly, the move on Scotty was legit and legal.

“Secondly, like the extremely fair driver he is, he slowed down to redress and let the Volvo back in front.

“Then a comedy of errors caused the chaos and race ending damage.

“Garth jinked to the right to pass Jamie as Scotty re-entered the track, possibly at excessive speed.

“None of that justifies a 15 second penalty for the 88 car.

“The appeal from Red Bull is fully justified in my opinion and I hope it gets a proper fair hearing by qualified people and isn’t a kangaroo court, which can sometimes happen in this sport.”

Bowe stressed that he has no bias towards Whincup or Red Bull Racing Australia.

The Supercars Hall of Famer is in fact an ambassador for Wilson Security, which is the major sponsor of Scott McLaughlin’s Volvo team.

“I am only stating what I saw and believe and after 40 years in motorsport I believe I have a serious and deep knowledge.

“Will Davison, Jono Webb and the small Tekno team did an amazing job and I am very happy for them, but the fact remains that there was an injustice performed and the CAMS system is in place to be able to right that injustice.”