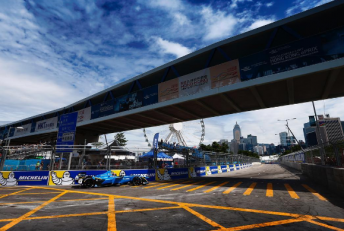 Sebastien Buemi has prevailed in the opening round of the 2016/2017 on the streets of Hong Kong.

Jaguar’s eagerly anticipated debut in the series and return to motor racing since its Formula One effort last decade failed to bear fruit.