Dane: Write off Lowndes at your peril

Dane: Write off Lowndes at your peril 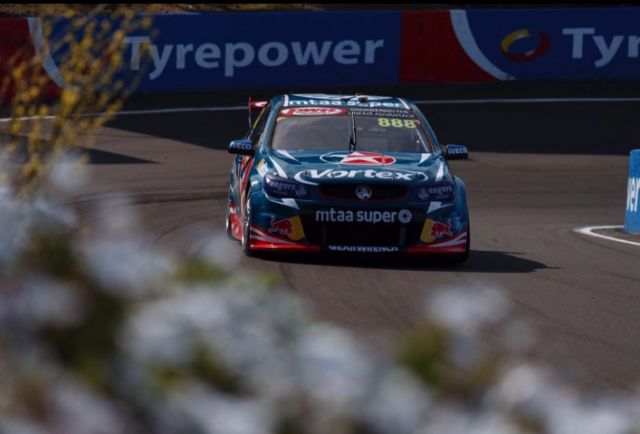 Triple Eight overlord Roland Dane has warned critics that it would be folly to write off Craig Lowndes’ chances of winning today’s Supercheap Auto Bathurst 1000.

Defending winners Lowndes and co-driver Steve Richards have endured an otherwise blunt lead-up to the 161-lap marathon, rising to no higher than 12th in any of the practice sessions before qualifying 21st.

Changes to the set-up and the installation of a fresh engine following practice has lifted the hopes of the #888 Holden crew.

Lowndes confirmed that the changes to the car have turned around the performance problems.

“We made a lot of progress (during Saturday’s Practice 6), the car is much nicer to drive,” said Lowndes.

“We did a bit of soul searching, but credit to the boys, they’ve turned a few things around.

“We are a little bit behind the eight-ball, but both Steve (Richards) and I were very happy (in final practice).

“We did some race runs and I think as race car we’re going to be pretty competitive.”

Lowndes’ lacklustre form in the lead-up has been in contrast to the polesitter stablemate of Jamie Whincup and the #97 Red Bull Commodore for Shane van Gisbergen, which claimed seventh in the Top 10 shootout.

“Well, write off any good driver at your peril,” Dane told Speedcafe.com of Lowndes’ chances.

“The fact is, Craig won it from 15th last year, Jamie almost won it from dead last two years ago.

“This is Bathurst. If the car’s quick enough, they’ll be in the hunt; if it’s not, they won’t.

“The starting position is not really relevant to it on the day.

“As long as they stay out of trouble, we’ll wait and see what happens.”

Dane remains firm that Lowndes’ chances of claiming a seventh Bathurst win alongside four-times winner Richards in what would be another emotional victory 10 years on from his mentor Peter Brock’s death has not been shaken.

“We made some changes overnight (ahead of Saturday),” Dane continued.

“We’re lucky enough to have three cars and when you’ve got three cars with good drivers and good engineers, it gives you a chance to cross-pollinate.

“So we’ve done some cross-pollination and Craig was pretty happy in final practice, and on used tyres, full tanks, all the way through.”

While not disclosing whether there was any obvious problem with the original engine, Dane said a fresh powerplant was fitted as a precaution.

Dane added that part of the performance issues in practice rested with a poor stock of tyres.

“The car would have had the worst tyres in pitlane because it didn’t have a tyre bank until the beginning of the year (being a new REC),” he said.

“It’s just put them behind the eight-ball.”

Lowndes is among 11 former winners of the Peter Brock Trophy set to take part in a tribute parade this morning, getting behind the wheel of the legend’s 1972 Holden Torana XU-1.