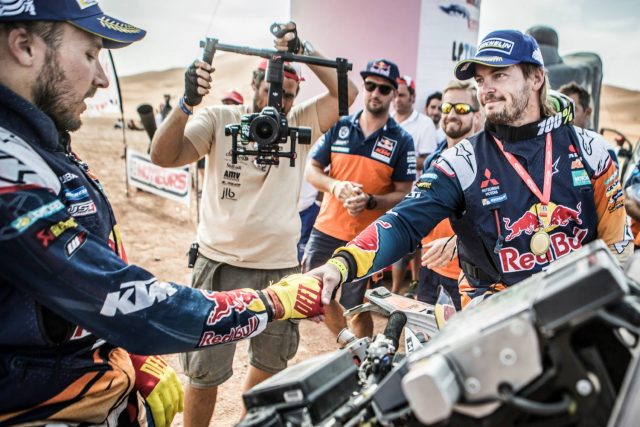 The final event before Price sets out to defend his Dakar Rally title in January, he led home a Red Bull KTM Rally Factory Racing 1-2-3.

Teammate Sam Sunderland was 2:21s in arrears in second.

Third place for Pablo Quintanilla was good enough to win the world title.

After a back injury in the early rounds ended his title hopes, Price was consistent throughout the 1317 of competitive kilometres.

“We always try to push for the wins in the stages and I had a big fight with Sam all week, so it was tough,” said Price.

“Sam put up a good flight and he showed he’s ready for the Dakar. Also a big congrats to Pablo (Quintanilla) for the championship.

“Now it’s time to move on and get ready for the big one in January.”

Action in the 2017 Dakar begins on January 2 in the Paraguayan capital Asunción.