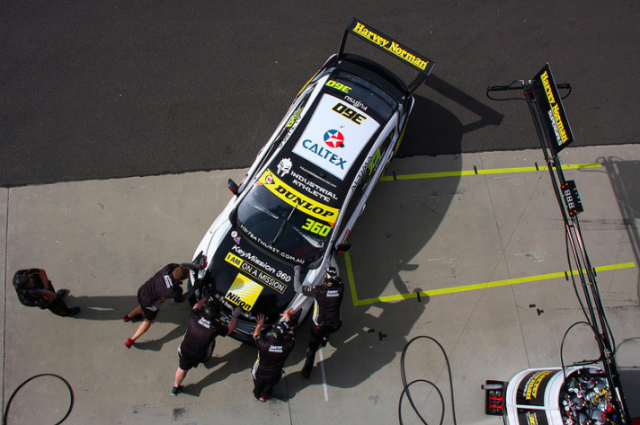 The Harvey Norman Supergirls are the first team to feel the wrath of the stewards at the Supercheap Auto Bathurst 1000, copping a $5,000 fine.

The fine, wholly suspended until December 31, has been levied for failing to take part in the compulsory transporter parade in Bathurst on Wednesday.

Nissan Motorsport has leased the Melbourne Performance Centre’s transporter for the weekend, which remains resplendent in its Audi Customer Racing Australia colours. 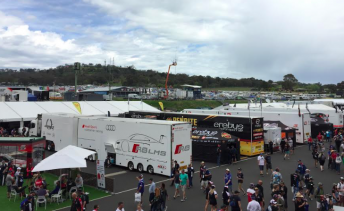 The Supergirls ‘Audi’ truck in the paddock

Supergirls team manager Matt House told Speedcafe.com that it was deemed unnecessary to take part in the parade due to the truck’s livery.

“If you look at the signage on it, there’s no way it should have been in the parade,” he said.

“The Supergirls truck didn’t run in the parade last year either, but clearly we should have asked for formal dispensation in order not to take part.”

The suspended fine is hardly a punishment for the team, which as a one-off entry is unable to reoffend before the end of the year.

Renee Gracie is set to start the #360 Nissan from 26th tomorrow after a mistake from Simona de Silvestro in qualifying spelt an early end for the car’s session.

Falling under regulations requiring teams to be “responsible for all safety aspects” of their cars, $3,500 of the fine has been suspended until the end of the year.