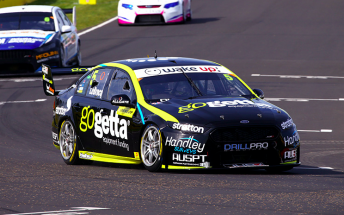 The Prodrive Ford driver saved his best for the final run in the 15 minute session as he posted a 2:07.85s effort to surpass Paul Dumbrell after heading much of the hit out.

Le Brocq’s effort proved to be 0.6s quicker than Todd Hazelwood who improved in the dying minutes to slot his Holden Commodore into second spot in front of Dumbrell.

The session ran without incident as Matthew Palmer returned to action after repairing his damaged Ford Falcon which caught fire in qualifying on Saturday.

The Dunlop Series will return for a 250km race scheduled to begin at 1405 local time.