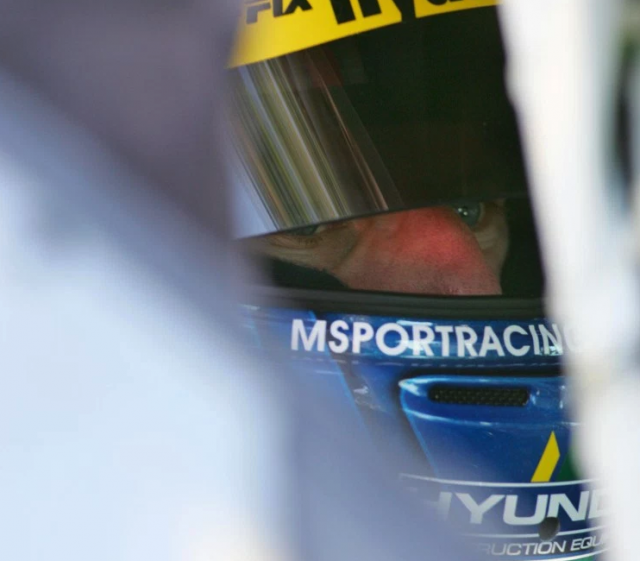 Mark Porter’s (pictured) son Flynn will be part of the driver’s parade ahead of the Supercheap Auto Bathurst 1000. pic via Adrienne Porter

A decade after popular Gold Coast-based Kiwi Mark Porter perished in a Development Series race, hearts will be filled with memories of the driver at Bathurst this weekend.

While his widow Adrienne finds it too emotional to return to the mountain track, their son Flynn, now 12, will be involved in the driver’s parade for the Supercheap Auto Bathurst 1000 on Sunday.

Porter lost his life in an horrific crash on top of the mountain when he came to rest with his driver’s side exposed to oncoming traffic.

Clark also suffered extensive injuries and after a long recovery did not return to the sport while Porter lost his fight for life after 72 hours in hospital.

Porter was scheduled to undertake double duty on that fateful weekend by backing up in the Bathurst 1000 the following day in a Brad Jones Racing Ford, sharing with Dale Brede.

While a welter of stories and commemorations have been levied toward Peter Brock’s memory 10 years after his death, Porter has fittingly been afforded a mark of respect.

“It’s hard to believe its been 10 years to tell you the truth,” Brad Jones told Speedcafe.com..

“My memory of the weekend was that it was a very, tough, sad weekend.

“It was something that was very difficult to get through.

“Hopefully it is something that we won’t have to experience ever again.

“I guess this weekend is where it is 10 years since Brock’s passing and Mark gets overshadowed a little bit but we as a group are acutely aware of it.

“A year doesn’t go by when I don’t think about what happened that day.

“Every time I’m up here it is just a constant reminder of how dangerous this place can be and if you get it wrong you know how serious the consequences can be.”

Michael Caruso was ushered in at the last minute to fill Porter’s seat in the Bathurst 1000, a debut in the main series which he reluctantly accepted.

“It is nice to see a bit of recognition because there are lots of other things happening,” Caruso said.

“It was not the circumstances I wanted to debut at Bathurst.

“I did feel quite honoured that Brad did ask me to come and drive the car.

“Everybody in the team was obviously going through a very hard weekend.

“In trying circumstances they were the most professional and understanding people you could expect.

“It really made the transition for me really easy to adjust. It was literally less than 24 hours notice before the start of the race.

“Those 10 years have gone so fast. I didn’t know Mark too well because I was only new into the Supercars scene.

“From everybody you speak to up and down pitlane, he (Porter) was held in very high regard.”