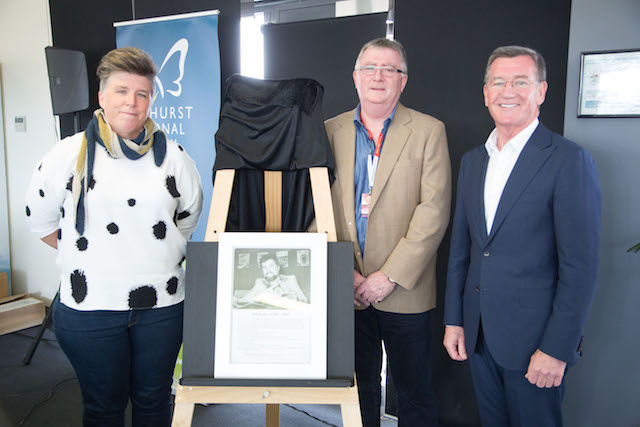 The noted pioneering motoring journalist Bill Tuckey has been acknowledged at an official ceremony at Bathurst.

Golden memories of Tuckey’s contribution to the history of Mount Panorama and The Great Race have been immortalised after the Bathurst Regional Council named the pit straight media centre in honour of the late writer.

Tuckey, who died aged 80 in May, left a legacy that inspired several generations of motoring and motorsport journos to follow in his illustrious foot steps.

His son Stuart and daughter Elisabeth expressed their deep appreciation to the council in honouring their late father at the ceremony. Bill’s widow Marcia could not attend after a recent illness. 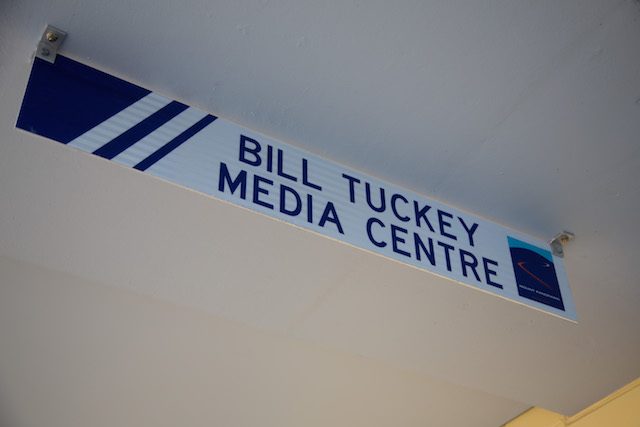 Stuart, who like his dad last attended The Great Race in 1988, revived some colourful stories about the motoring man who also drove in several Bathurst races including sharing a Fiat 124 Sport with Allan Grice in 1968.

“Dad first came here (Bathurst) in 1958 in his 2.5 litre Riley convertible and it had a hole in the roof and had bald tyres. They (parents) didn’t have two bob to rub together,” Stuart Tuckey recalled.

“I remember mum (Marcia) saying she recalled seeing Stan Jones (father of 1980 F1 champ Alan Jones) with his big muscled arms in a 250F Maserati and from there both mum and dad decided this is the place they had to come.

“That sparked his love for the place. He spent a lot of time at the place and loved the mountain.

“Then the opportunity came up when he could write the history of the race dating back to Phillip Island (1960-62) up until 1980. And then he did the annuals until 1988.

“The emotion that dad put into his books was fantastic.

“Unfortunately dad always said he taught Gricey everything he knew!

“And I apologised to Gricey at dad’s funeral because if he hadn’t of listened to dad, Gricey would have won more (than his two Bathurst 1000s).

“I’m sure the experience dad had racing here helped him build the passion into his books because the mountain can kick you in the ass and it can also pat you on the bum with rewards, etc.

“Dad didn’t just concentrate on the people who won the race with all the money, he also talked about the little guys who fought so hard to get here.”

A giant in the motoring press corps, Tuckey authored 32 books, which included the annual tomes on The Great Race which have become collector’s items.

Bathurst mayor Gary Rush said when council received an official request to name the media centre after Tuckey, it was immediately met with a positive reaction.

“I never had the opportunity to meet Bill Tuckey but I wish I had because I have read things about him that tell me he was a really colourful character,” Cr Rush said.

“It is a real honour for us to acknowledge a bloke like Bill Tuckey and to recognise his contribution.

“Whilst I am very proud to announce the Bill Tuckey media centre I am also disappointed I didn’t get the opportunity to met Bill because I’m pretty sure I would have shared the same awareness that I have read about.”