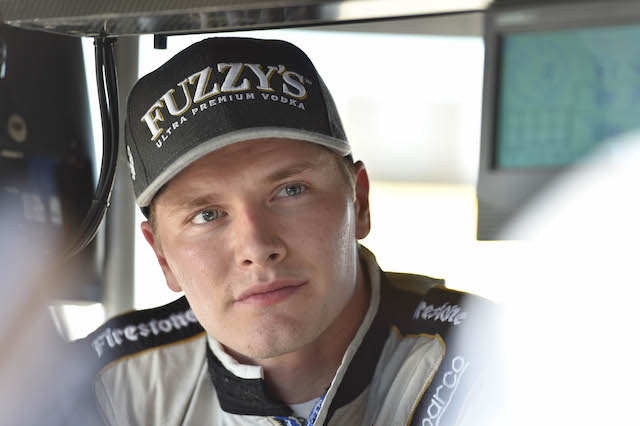 Team Penske has announced that Josef Newgarden will drive for the champion squad in the 2017 Verizon IndyCar Series.

The widely tipped moved will see Newgarden move into the #2 machine which had been occupied by Juan Montoya.

It ends a 10-year drought that Penske had endured without running an American driver in its open wheel ranks.

A 2011 Indy Lights champion, Newgarden has claimed three wins in IndyCar, and finished a season high fourth this season behind Penske trio Simon Pagenaud, Will Power and Helio Castroneves.

The Tennessee native regards the move to Penske as the ‘dream job’.

“For any open-wheel racer, or any race car driver in general, Team Penske is a dream job,” Newgarden said.

“Roger Penske is a legend in the motorsports community and his team has done just about everything they’ve ever set out to do.

“To get an opportunity to work with Simon, Will and Helio, along with the rest of the team, will just help make me a better driver.”

Penske has long admired Newgarden’s skills, saying he fits the mould for the team perfectly.

“When you look at the top talent in the series, both from a driving and commercial perspective, Josef is near the top of the list,” Penske said.

“We are always looking to build toward the future and, when we had the opportunity to talk with Josef, we knew that he would be a great fit with our program.

“He is hungry to win more races and win championships and we hope to give him that opportunity as part of our team.”

Newgarden is the first American-born to drive for Penske’s top flight open wheel team since Sam Hornish jr (2004-2007) who incidentally handed the squad the series title and the Indy 500 in 2006.