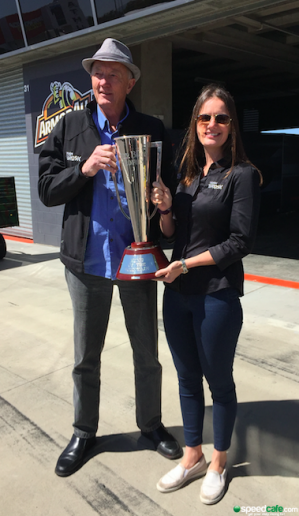 Melinda Price is keeping an eye on the progress of the Supergirls at Mount Panorama as she plans for her own Bathurst return next Easter.

Price is at Bathurst this weekend with Phil Brock and his manager Stephen Whyte, who are planning an assault on the Bathurst 6 Hour as part of their Team BR05K enterprise.

The squad is in the process of securing a HSV for the growing production car event, which was this year won by Supercars star Chaz Mostert and Australian GT driver Nathan Morcom.

Her time away included being diagnosed with breast cancer in 2011 while seven months pregnant with her daughter Lily, which triggered a move back to Melbourne and eventually a low-key return to racing.

“I got my CAMS licence back four years ago and have been doing a few historic races here and there and am slowly falling in love with motor racing again,” Price told Speedcafe.com.

“At the time that I finished I’d had a few bad experiences. I was just sick of chasing and kissing arse and all that kind of stuff. It was time for a break.

“I didn’t feel that I could make decent money out of it and I didn’t want to end up at 40 with nothing.

“But moving back to Melbourne and hanging out with my father again really renewed my enthusiasm for it.

“It’s been really good, it’s like the old days when we used to travel around the country racing go-karts, but 30 years later. 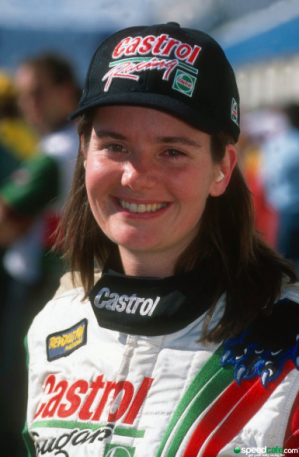 “It’s been fun to be involved with Phil and Stephen now as well.

“We’re trying to get ourselves some cars to run and hopefully we’ll be here for the 6 Hour next year.

“We’re doing some ground work and smelling the fumes this weekend. Hopefully we’ll be on the other side of the fence soon.”

Currently studying naturopathy, Price today speaks openly about her cancer fight and the mixed blessing of its timing with her pregnancy.

“By the time the tests had come back and I had the appointment with the doctor, he said ‘you’ve got breast cancer, go home, pack your bags and go to the hospital and we’ll induce the baby today’” she explained.

“It was the best day and the worst day of my life all in the one day. That was April, 2011 and I had my first surgery seven days after she was born.

“It was good and bad timing because while I was going through all that, I had this beautiful baby to put a smile on my face. I didn’t have time to get down in the dumps or be sad.

“It’s been a long road of recovering for me health-wise,” she continued.

“I remember the first time I drove the Lotus (22 Formula Junior, owned by a family friend) up at Winton.

“I got out of the car after the first session and thought ‘oh my god I can’t drive anymore’.

“I was just so weak. It was awful. But by the end of the day it started to come back a bit and fall into place.

“Now I’m probably fitter and stronger than what I’ve ever been.” 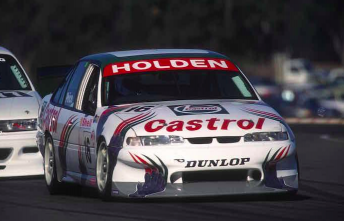 Price aboard the Cougars Commodore. pic: Castrol via facebook

Price believes that the duo are under far more pressure than she was as part of the Cougars team, which scored highly credible finishes of 12th and 11th across its two years at Bathurst.

The scrutiny on de Silvestro will be even higher than it was 12 months ago as she is preparing for a full-time drive in the championship from next season.

“I think things are a bit more serious and professional then when we were racing,” said Price.

“We were Level 3 privateers and it wasn’t expected that we would be as competitive as the Level 1 cars.

“Now everyone is on an even playing field and there is a direct comparison.

“So there is more pressure on them in terms of performance than what we had.

“They will be more harshly judged. They’ve got to justify their place on the grid.

“But I’m rapt to see them out there and hopefully there will be more come through.

“It was a real novelty when we did it, but there’s more women involved in motorsport now in general and I think the demographic of the sport has changed.

“It’s a real family sport now and I think from a marketing point of view it’s going to be very popular with the Supercars fans.”