GRM working on new marque for 2018

GRM working on new marque for 2018 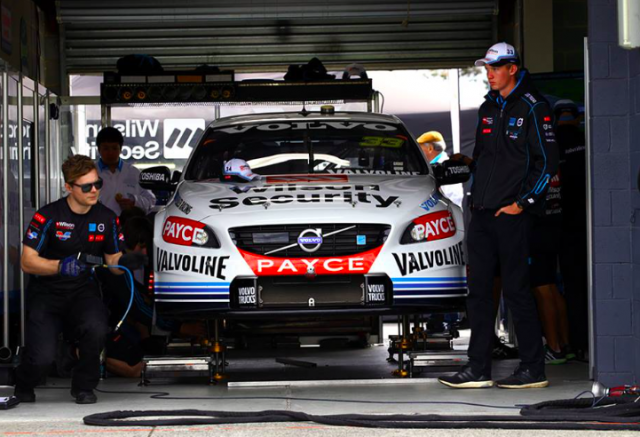 GRM is working on its post-Volvo future

Garry Rogers Motorsport has commenced talks to bring a new manufacturer to the Supercars grid for the 2018 season.

The team’s future beyond this year is currently under a cloud thanks to conflict with Volvo over its ability to continue with its S60s.

GRM recently launched Federal Court action against Volvo in a bid to retain use of the cars and engines for a further year after the factory backing ends.

Stressing that there is not time to introduce a new marque for next year, Barry Rogers has told Speedcafe.com that the team is confident of attracting fresh factory support for 2018.

“We’re talking to a manufacturer for 2018,” Rogers told Speedcafe.com.

“It’s in its very early stages, it’s probably only five percent through the process, but it’s light at the end of the tunnel.

“Whether that is with the people we’re currently talking to or somebody else, we believe absolutely that we’ll have something together for 2018.”

GRM has already undertaken preliminary engineering work around introducing a new marque, evaluating a number of engines and body shapes before commencing discussions.

Although declining to divulge the manufacturer in question, Rogers confirmed that GRM has targeted a four-door sedan with an engine that will take advantage of the new Gen2 regulations.

“Going through the regs, with the experience with the Volvo on the chassis side, we know what to look for,” he explained.

“So we gave our engineering group a bit of a task, going through the list of cars that are sold here now and what will be sold here in the near future.

“We’ve looked at everything from the bore and stroke of the engine to the wheelbase, comparing it to what we think is the perfect thing for the Supercars chassis.

“The boys, led by Richard (Hollway), have identified a car that is as near perfect as you could get to fit those rules.

“The body, taking into account the overhangs and all the rest of it, is even better than the Volvo and one of the engine variants looks like it wouldn’t be too stressed achieving the targets.

“We contacted that manufacturer and opened discussions with them and that’s currently where it’s up to.”

GRM’s legal action against Volvo will meanwhile commence on Friday, October 14, and could drag on into the new year.

Steadfast in the belief that they will be granted permission to continue with their Volvos, Rogers and father Garry have reassured staff that the team will find a way to carry on regardless of the outcome.

Their case revolves around alleged deceptive conduct, with GRM claiming that Volvo had made the decision not to renew the contract as early as 2014.

“The disappointing part is that we’re here to race cars and not go to court, but we really feel like we were misled in that we were given the indication that it was going to continue on,” said Rogers.

“They decided long ago that they weren’t going to continue on and we were sent on a wild goose chase.

“All we’re asking for is an opportunity to continue our business for one year.”