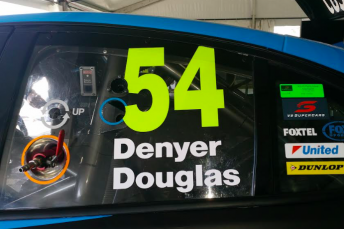 Denyer will combine with Douglas at Bathurst

Grant Denyer will make his first Dunlop Series appearance in a year as he joins Taz Douglas for the 250km enduro at Mount Panorama.

Denyer’s inclusion on the grid represents a lifeline for the Eggleston Motorsport driver, who looked set to sit out this weekend’s round after a nasty crash at Sandown last month.

“Taz was in a bit of a pickle after what happened at Sandown,” Denyer told Speedcafe.com.

“He had a nasty crash that wasn’t his fault and that sort of damage was set to rule him out, so Family Feud and Channel 10 have come to the rescue to keep him circulating.”

The 39-year-old last raced a Supercar in a one-off drive with Image Racing in the 2015 Dunlop Series Bathurst enduro, finishing 13th after recovering from early contact with Shae Davies.

Denyer is wary of the challenge, but will draw on his experience in the Tekno Autosports McLaren 650S with which he leads the Australian Endurance Championship with co-driver Nathan Morcom.

“It’s actually going to be a bit scary because I’ve not had any recent miles in a Supercar but Bathurst is a magical place and any time you can turn a lap there is a magical day so I couldn’t say no,” added Denyer.

“There’s been a massive step up in the category this year, especially with Car of the Future coming in.

“I was running in the top 10 in the drive I had there last year but the difference this time is that I’m more match-fit so hopefully we can keep it inside the top ten for Taz and accumulate some points for his championship.”

Douglas, who estimates that the Sandown hit caused approximately $20,000 worth of damage, admitted that he remains a round-to-round proposition ahead of the finale at Sydney Olympic Park in early December.

In other Dunlop Series news, Ryal Harris will make a cameo appearance with Image Racing, which he drove with in the 2014 edition of the 250km enduro. 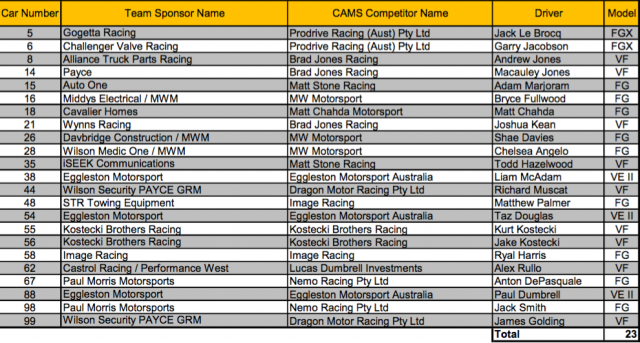