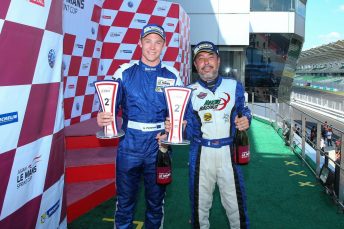 This season the 23-year-old has been competing in the Asian Le Mans Series Sprint Cup, where he finished third in the LMP3 class.

“I am looking forward to competing against some of the best GT teams and drivers from around the globe,” said Patterson.

“It’s going to be a demanding race on man and machinery at one of the hottest tracks in the world.

“It will be interesting to see how competitive the 458 is compared to the newest generation GT3 cars.

“I’m really grateful for the opportunity and am looking forward to the challenge.

“We will be working hard to ensure we have a competitive package come race day.”