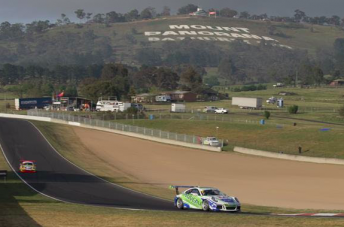 Tony Longhurst will be among three additions to a season-high Carrera Cup Australia grid this weekend at Bathurst.

The two-time Bathurst 1000 winner will make his debut in the Porsche category aboard a Steven Richards Motorsport prepared entry.

It marks the latest in a series of drives for the previously retired 58-year-old, including a run in the Toyota 86 Series at Sandown.

Racing a Porsche at Mount Panorama will be the perfect build-up for a potential Bathurst 12 Hour outing next February.

Porsche’s Bathurst grid sits at 22 cars, with SRM’s BMW GT regular Max Twigg returning to the category for the event.

Danny Stutterd will meanwhile step up to the Carrera Cup after finishing second in Class B of the GT3 Cup Challenge this season.

Bathurst is the penultimate event for the 2017 Carrera Cup Australia, which is currently being led by last year’s Bathurst round winner Matt Campbell.

The young gun is one of five Porsche drivers doing double duties as he is also making his Supercheap Auto Bathurst 1000 debut with Nissan Motorsport.

Others splitting their time between both classes across all three Pirtek Enduro Cup events are Ash Walsh, Dean Fiore, David Wall and Steven Richards.