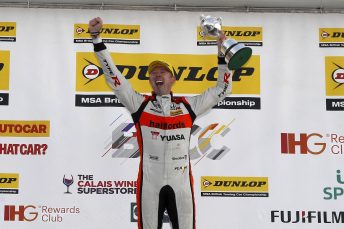 Eight drivers were in contention for the title but it was the Team Dynamics Honda racer who claimed a third championship.

Shedden managed to overtake Tordoff before going on to claim third which was enough to secure the championship by two points.

“I’ve felt really relaxed all weekend, but even going into race three, I thought it was going to be really difficult and it was.

“In terms of entertainment, the BTCC has once again delivered in spades as the title battle went all the way down to the last race – and what a storming race it was.”

Mat Jackson (Ford) sealed third in the championship for Motorbase Performance after winning the final race from Aidan Moffat (Mercedes).

Motorbase took out the Independent teams’ and drivers’ title courtesy of Andrew Jordan.

Subaru’s Colin Turkington won the first two races which helped the double champion to fourth in the championship standings.

Matt Neal was sidelined for the final race with concussion after a nasty crash with Ashley Sutton in Race 2. 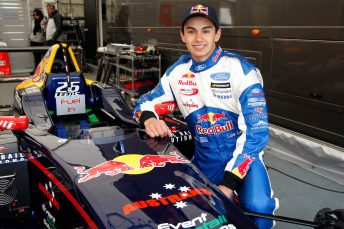 Australian Luis Leeds missed out on the British Formula 4 Championship crown after a challenging final round at the Brands Hatch Grand Prix Circuit.

The Red Bull junior from Melbourne headed into the weekend in contention for the championship just 14 points behind leader Sennan Fielding.

However, his championship hopes were dashed when a mechanical problem saw his car slow in the opening race.

Leeds managed to fight back to 10th while countryman Zane Goddard finished 13th.

Leeds could only finish 11th in Race 2 before ending his season with a fifth in the final encounter of the year.

Fewtrell took the championship having edged Fielding in the second race ahead of a victory in the last heat.

Leeds settled for third in the championship as Gold Coast driver Goddard claimed eighth after ending his season with a 10th and sixth in the last two races. 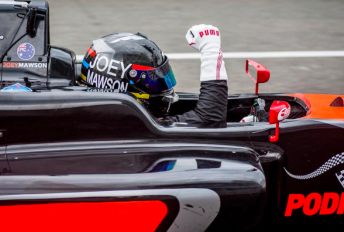 Newly crowned German Formula 4 champion Joey Mawson was unable to complete a clean sweep of wins as title rival Mick Schumacher took out the final race of the season at Hockenheim.

After wrapping up the title with wins in the earlier two races, the young Aussie’s season ended with a retirement after being punted out of eighth spot by Lirim Zendeli, who received a drive-through penalty for the clash.

“While the final race didn’t go to plan, it’s an amazing feeling to know that I’ve won the championship,” said Mawson.

“Mick and I had a great battle all year long, we’ve certainly pushed each other hard on the track to make sure whoever ended up with the title had earned it.” 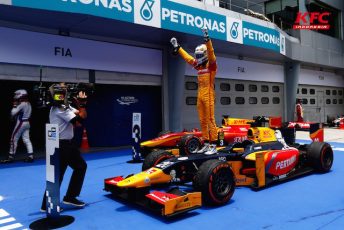 Antonio Giovinazzi has claimed the GP2 Series lead, setting up a gripping deciding round, after taking a feature race win at Malaysia’s Sepang circuit.

Giovinazzi ended his successful weekend with a fourth in the sprint race, hot on the heels of third-place Pierre Gasly.

The Italian’s victory in the main race, his fifth in GP2, sealed the Teams’ title for the Prema team, while Giovinazzi moves to the final round at Abu Dhabi from November 25-27 with a seven-point lead over team-mate Gasly.

Polesitter Mitch Evans was forced to relinquish the lead by Turn 2 off the start before he soldiered on to finish sixth. 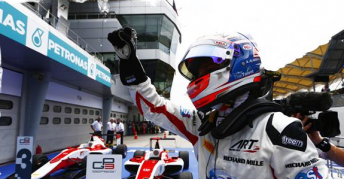 In the opening heat Albon fired into the Turn 1 right-hander in front before going on to beat Jack Aitken (Arden) by 6.3s with Leclerc finishing third despite another coming together with an ART team-mate.

Arden driver Jake Dennis recorded his second victory in the category after winning the sprint race from Nirei Fukuzumi (ART) while Aitken took his second podium of the weekend.

With another solid haul of 25 points, Leclerc moves to 202 points, a 29-point lead over Albon heading into the final round at Abu Dhabi from November 25-27.

Olivier Pla, Oswaldo Negri jr and John Pew prevailed in a close finish to win the Petit Le Mans IMSA enduro at Road Atlanta which was the last race for Daytona Prototype machines.

The Prototype Challenge class was taken out by Tom Kimber-Smith, Robert Alon and Jose Gutierrez. 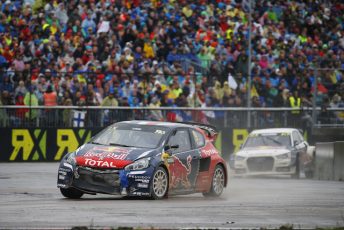 Sebastien Loeb has recorded a maiden rallycross victory in the Latvian round of the FIA World Championship.

It was the first time in 35 races that double champion Petter Solberg failed to make the semi-finals after he was disqualified from Race 2 for making contact with Ekstrom.

The outcome saw Kristoffersson jump ahead of Solberg in the points with the former WRC champ on 194 points.

“My goal at the start of this year was to win in RX and I always knew that would be a big challenge in my first year,” a delighted Loeb said.

Ekstrom remains guarded on his chances of winning the title with more than 60 points on offer.

“Yesterday proved that one small mistake can prove costly so I must keep my feet on the ground until the next two rounds are finished,” Ekstrom said.

The penultimate round is scheduled for Estering, Germany on October 14. 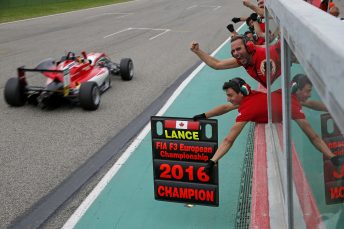 Lance Stroll claimed the FIA European F3 Championship with a round to spare after scoring two victories and a second place finish at Iola.

The 17-year-old Canadian, tipped to join the Williams Formula 1 team next year, came agonisingly close to recording a clean sweep of victories.

Stroll had led the first race but was denied the win when Finn Nick Kari produced a stunning move to grab the lead in the final stages.

Kari took the win by 0.7s from Stroll while Joel Eriksson surged from sixth to third.

Stroll went on to win the final two races, wrapping up the title after his win in Race 2.

The teenager led home Eriksson and George Russell before dominating the final race with a comfortable margin over Russell and Callum Ilott.

“Our pace from the opening race in April has been unbelievable, in both qualifying and the actual races.

“A combination of many things has allowed us to be ultra-consistent – a fact that wins titles.”

Hockenheim will host the final round of the championship from October 14-16. 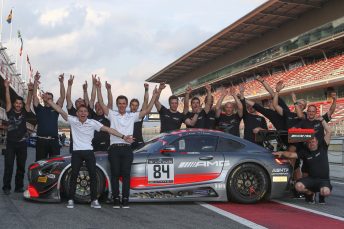 The HTP Motorsport Mercedes due finished eighth in the final race of the season which was enough to secure the championship by 10 points from Garage 59 McLaren driver Rob Bell.

Bell came into the race just six points adrift of their title rivals, but the Brit and c0-driver Alvaro Parente could only finish 13th in the main race.

Tristan Vautier and Felix Rosenqvist dominated the race to claim the final win of the season.

The pair took the flag from the factory M-Sport Bentley of Andy Soucek and Maxime Soulet, while the Enzo Ide/Robin Frijns Audi pipped WRT team-mates Laurens Vanthoor and Frederic Vervisch to third. 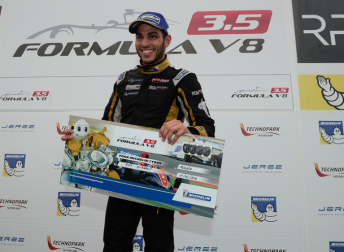 The Formula V8 3.5 Championship title race remains wide open after Roy Nissany and Egor Orudzhev shared the victories in the latest round at Monza.

Nissany dominated the first race of the weekend as the Lotus driver took the flag by 12.4s from title rival Louis Deletraz.

Matthieu Vaxiviere claimed the final spot on the podium for SMP Racing.

Orudzhev took the spoils in Race 2 which was set up by a superb start from fifth that saw him take the lead on the opening lap.

The Arden Motorsport driver managed to fend off Rene Binder for the win, while Deletraz finished third.

Delatraz has closed to within 11 points of championship leader Tom Dillmann, who finished 12th and eighth in the two races.

The series heads to Jerez for the penultimate round from October 29-30. 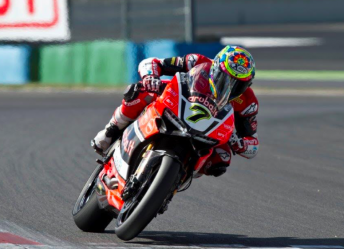 Chaz Davies dominated the French round of the World Superbike Championship by claiming a double victory at Magny-Cours.

The Ducati rider made a brave decision to start the opening heat equipped with intermediate tyres on a wet but drying track.

While the majority of his rivals fitted wet tyres, Davies was languishing outside the top 10 in the early laps before the conditions came to him and he scythed his way through the field.

The Welshman showed his class again in the second race as he defeated Sykes and Rea in dry conditions.

Rea managed to finish second ahead of title rival Sykes.

Rea leads the championship by 48 points over Sykes ahed of a visit to Jerez from October 14-16.