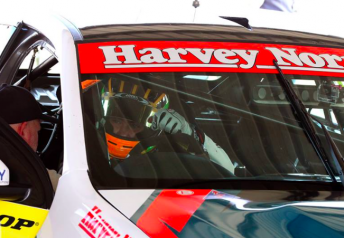 The 17-year-old is set to pilot the Ford Falcon FG following Gracie’s departure from the Queensland outfit.

The drive is a one-off at this stage although Speedcafe.com understands Gracie will not return to the seat for the Sydney finale from December 2-4.

Smith has limited Supercar experience having conducted just one test day in the car at Queensland Raceway in August.

The Gold Coaster has been contesting the CAMS Australian Formula 4 Championship alongside drives in the Australian GT Trophy Series and Australian Endurance Championship, where he has piloted a MARC V8.

The teenager admits the prospect of lapping the 6.2km Mount Panorama circuit in a Supercar for the first time will be a ‘scary’ initiation, but is looking forward to the experience.

“It is a big stage at Bathurst but we are just there to learn,” Smith told Speedcafe.com.

“It is my first time at Bathurst and I think the whole weekend will be pretty scary to be honest.

“As long as I can get the hang of it then I think it will be awesome.

“It is a massive learning curve for us and we won’t be going out there to win races.

“We just have to learn the track and car while we weigh up our options for next year.

“The Dunlop Series is definitely in the picture for next year but we haven’t confirmed anything yet as we are looking around.

“(But) it is one of our better options that is for sure.”

Although faced with a daunting challenge, Smith feels relatively comfortable in the Ford following a productive test day.

“We adapted to the car fairly well by the end of the day but they are a lot different to drive compared to everything else I’ve driven,” he added.

“The MARC car is the closest thing that I’ve driven to it, the Supercar is pretty unique to drive.

“As long as we consistently make improvements throughout the weekend then I will be happy.”

Smith is part of a 21-car entry for the Dunlop Series at Bathurst, with no teams opting to nominate a co-driver for the event.