REVIEW: We rate the Brock telemovie

REVIEW: We rate the Brock telemovie 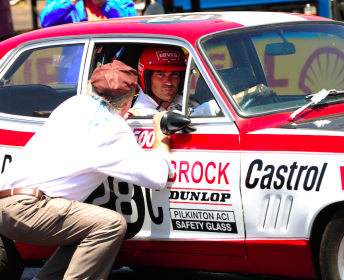 If ever there is an example of fact being more compelling than fiction, it’s the story of Peter Brock.

So how well has Network Ten’s upcoming two-part, three-hour telemovie captured the life and times of the Australian motorsport legend?

Speedcafe.com has viewed the entire production ahead of its premiere on Sunday, October 9 and we were, for the most part, impressed.

Firstly, Speedcafe.com readers must keep in mind that this is a dramatised miniseries designed for a mass market audience and not a documentary aimed at hardcore fans.

There’s no clearer evidence of this than the fact that two of his greatest achievements – the 1979 Round Australia trial win and 1984 Bathurst one-two – are completely overlooked!

Predictably, there are various examples of historical inaccuracies and use of poetic license too, but we’ll let you pick those out as you watch it at home. 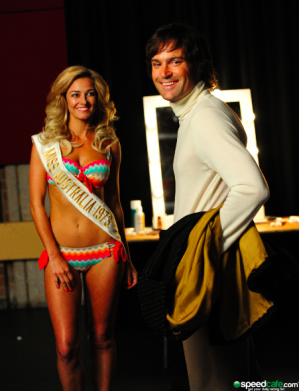 Most importantly, those fearing a scandalised tale of fast cars and fast women tarnishing Brock’s legend can rest assured that the key issues have been addressed with a healthy dose of respect.

That includes careful but important references to Brock’s alleged domestic violence against his second wife Michelle Downes although, notably, there is no mention of his first wife, the late Heather Watson.

As to be expected, Brock’s relationships with Bev Brock and Julie Bamford are both extensively explored and central to the narrative.

Although perhaps awkward to watch at first for those who knew Brock well, actor Matt Le Nevez gives a largely convincing portrayal of the man from his late 20s right through to his death at 61.

Other casting highlights include Steve Bisley as Harry Firth and Brendan Cowell as Allan Moffat, whose rivalry with and underlying respect for Brock are both well represented.

While Brock’s racing career naturally underpins the storyline, the Energy Polarizer’s development and the subsequent conflict with General Motors Holden is where the series really hits its straps. 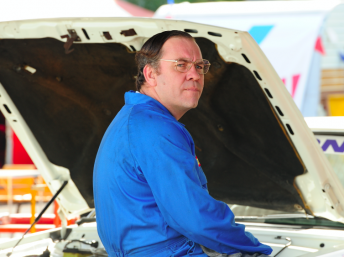 Brock’s steadfast belief in the crystals will be a major eye-opener to much of the younger audience not well versed on the legend’s phase of ‘personal development’.

Motorsport enthusiasts will no doubt cringe at the editing out of the Marlboro signage on many of Brock’s race cars, but one can’t blame the producers for the laws they must follow.

As has been publicised, Network Seven’s move to block the use of its race footage proved a major hurdle, leaving a sometimes bizarre mix of amateur and professional shots in the racing scenes.

The lack of access to race footage is most disappointing in the coverage of Bathurst ’87, sadly denying viewers the chance to enjoy Brock famously sliding the VL around the Mountain with his arm on the window sill.

Thankfully, however, cringeworthy Fast and Furious-style onboard recreations of door-to-door battles with rivals are kept to a minimum. 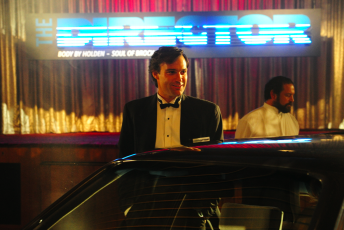 A recreation of the controversial Brock Director launch

As all good motorsport-flavoured productions do, the Brock telemovie features some wonderful cameos from commentators – namely Mike Raymond, Will Hagon and Greg Rust – that add greatly to the feel.

Off-track, Brock’s affinity with the public and particularly his ability to engage fans on a one-to-one level is briefly captured but perhaps understated.

His great protege, Craig Lowndes, strangely does not rate a mention as the storyline begins to unfold quickly through the ‘90s and early 2000s.

But the motorsport community can be thankful that Le Nevez and his team have given the task of fairly portraying Brock’s story a red hot go.