Ogier in control in Corsica

Ogier in control in Corsica 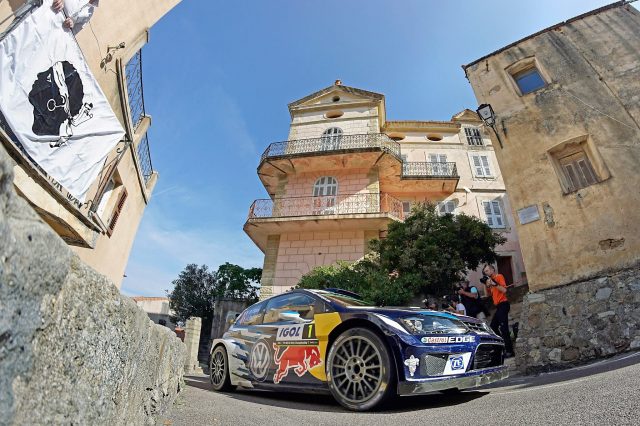 Ogier controlled things at the front in Corsica

Sebastien Ogier has maintained his lead after a measured drive during the second leg of the Tour de Corse.

The Volkswagen star won two of the four mountain road speed tests near Bastia during the longest leg of the arduous three-day asphalt event. But as conditions deteriorated late in the day, the Frenchman eased his pace to hold a 46.5sec lead with one day remaining.

After sweeping all four of Friday’s special stages, Ogier’s run ended in the opening test. He bounced back to win the next two, widening his lead to just under a minute, before throttling back in the rain to end with a comfortable advantage.

“I just wanted to finish the day in the tricky conditions,” said Ogier.

“It was really cruising for us. Crossing the tyres means that the car oversteers on one side and understeers on the other, but at least we had some traction and brake performance in the wet.”

Thierry Neuville is second, winning the final stage despite a scare when his Hyundai i20 slid wide. The Belgian improved his car’s handling by modifying the differential in the mid-leg service and distanced Andreas Mikkelsen in their fight for second.

The Norwegian was only 5.4sec behind at Saturday’s midpoint in his Polo R, but the gap increased to 21.5sec. Mikkelsen narrowly escaped clipping some cows this morning and admitted overheating his tyres and losing grip in the penultimate test.

Day-long brake problems frustrated Jari-Matti Latvala, who succumbed to Mikkelsen’s pace and yielded third in the opening test. He trailed by more half a minute but had over 20sec in hand over Craig Breen, the Irishman excelling on his asphalt World Rally Car debut.

Hayden Paddon retained sixth, but the New Zealander was deeply unsatisfied with his driving.

“I’m not going to hide away from the fact that it’s not been the best of days for us,” said Paddon. 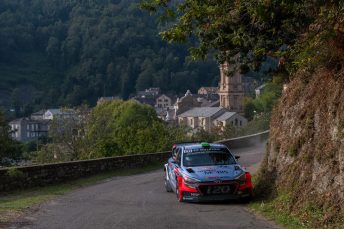 “Our times in the morning loop were not so good. We used the long regroup and service at lunchtime to understand where we could improve. It’s not been easy to put our finger on the reason why we’ve been struggling.

“We’ve tried a variety of things inside the car to get more speed. The weather played its part in the afternoon.

“As we’re not in the battle up front, we decided to cross over tyres in the final stage. That changed the balance of the car but we have to try these things. We’ve made it safely to the end of the day, so we will now look closely into all the data and see what we can do in the final two stages on Sunday.”

Kris Meeke stopped Ogier’s winning run by topping the times in the opening stage. However, his day ended early when he was caught out by a tightening bend 400 metres into the next test when he found the scenery.

The final day comprises just two stages but has a sting in the tail. The opening 53.78km test is the longest of the weekend and the rally ends with the live TV Power Stage, offering bonus points to the fastest three drivers.