Ayukai (#12) in action at Slideways

With the GT Academy world finals just over two weeks away, preparations are in full swing for the six Australians hoping to follow in the footsteps of reigning winner Matt Simmons.

Among them is Keishi Ayukai, who today continued his training by joining Simmons and this Speedcafe.com scribe in the latest round of the Slideways Go Karting Enduro Series at Pimpama. 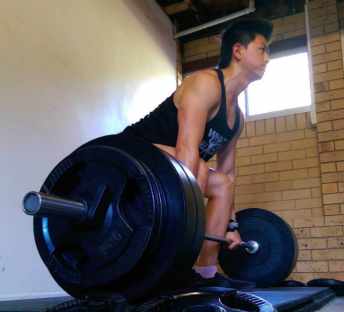 Ayukai training ahead of the October 18 finals

The 29-year-old, Brisbane-based business development manager is busily racking up track time in karts and selected race cars as he prepares for the October 18 kick-off to the Silverstone final.

While Ayukai started racing karts at the age of 18, budget has limited his circuit racing experience to a pair of Suzuki Swift Series rounds in 2013.

“I’m just trying to make the most out of every hour, training twice a day and getting as much track time as possible,” he explained.

“Seeing what Matt’s done is a huge motivation. There’s nothing like the GT Academy out there.

“You only really get one shot at it so I’m putting everything I can into it.”

Simmons has just completed his inaugural Blancpain Endurance Series season and will finish his whirlwind year with two Australian GT outings for Nissan in New Zealand. Simmons is back in Aus after a season in Europe

“I still get a buzz out of racing anything,” he said after taking the flag sixth in today’s race following a leisurely middle stint from this author.

“Weekend karting is what I did as a kid and I still love doing it, but now it’s training for me as well.

“It’s really nice to be home to have some time to reflect on what’s been an incredible year for me.

“I’m massively excited to be racing the GT-R in New Zealand over the next few weeks, where hopefully we can finish the year on a high.”

Simmons’ program for next year is yet-to-be-determined, with a Nissan Australian GT drive slated should he not be recalled to the BES team.