Ogier gaps the field in Corsica

Ogier gaps the field in Corsica 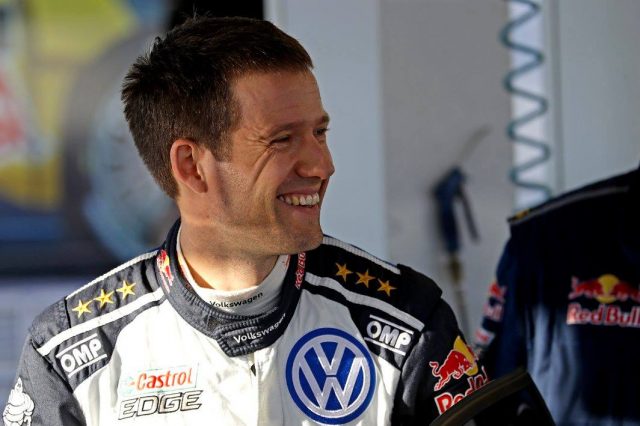 Ogier was pleased after Day 1 in Corsica

Sebastien Ogier showed his class on the opening day of the Tour de Corse taking a clean-sweep of stage wins on all four tests contested.

The Volkswagen ace holds 44 second lead over Thierry Neuville’s Hyundai i20 after almost 160km of tarmac action across the Mediterranean Island.

Unlike the gravel rallies where being first car on the road is a clear disadvantage, opening the roads on the bumpy and twisty tarmac stages of Corsica had the Frenchman in his element.

Sunny conditions demanded skilful tyre and brake management, Ogier showed a degree of caution but still opened a 14.7sec lead in this morning’s two stages in the mountains near Ajaccio. Victory in both tests when they were repeated putting the defending three-time world champion into a dominant position.

“We made no mistakes, a tough but enjoyable day,” said Ogier.

“I really enjoyed the beautiful stages and beautiful weather. Everything was there to enjoy a good rally day.”

Handling problems frustrated Neuville in the morning. With the balance improved after lunch, the Belgian was happier, despite overheating his tyres in the final speed test after attacking too hard.

Jari-Matti Latvala filled the final podium place in a Polo R, 14.0sec behind Neuville. A mix of set-up issues and an over-cautious approach left the Finn in seventh midway through the leg, but a much-improved afternoon catapulted him into third.

His advantage over fourth-placed team-mate Andreas Mikkelsen was 1.3sec. The Norwegian’s problems were mainly physical – his left foot ‘going to sleep’ due to a vibration feeding back through his Polo R’s brake pedal.

Craig Breen and Hayden Paddon completed the top six. Breen had a trouble-free day in his Citroen in contrast to the Kiwi.

Inconsistent pace notes that were too fast in places and too slow in others sapped his confidence initially. Overheating tyres and two punctures in the final two stages added to his woes as he ended 7.5sec adrift of Irishman Breen. 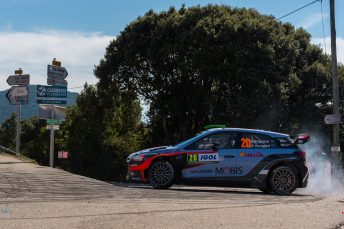 “It’s not been a perfect day but we can see some positives, as well as some places to improve,” said Paddon.

“We needed some adjustments to our pace notes after the opening run. The car was sliding around too much but we found a better direction for the repeat loop.

“It was a case of building things up step by step. We were doing precisely that but we had a puncture eight kilometres from the end of the final stage, which lost us a bit of time.”

Ogier’s closest challenger in the morning was Kris Meeke. The Ulsterman held second until a puncture early in the penultimate stage required him to stop and change it and he ended in 11th.
Drivers face another 169.04km of bumpy mountain roads tomorrow, comprising two identical loops of two stages in the north of the island.