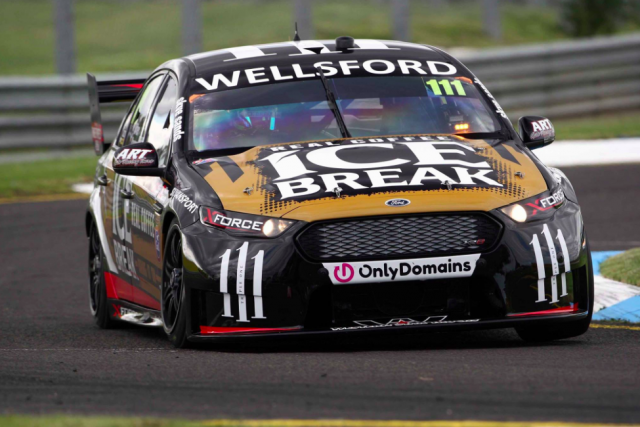 The Super Black Ford at Sandown

Super Black Racing will continue in the Supercars Championship next season following a change of ownership.

Speedcafe.com can confirm that Rusty French will buy the team’s Racing Entitlements Contract and continue to field a Super Black entry following the death of founder Tony Lentino in July.

Racing veteran and sand mining magnate French is already heavily invested in Supercars as a co-owner of Prodrive Racing Australia, which controls the #5 and #6 RECs.

French was a long-time friend of Lentino, introducing the Kiwi businessman to Supercars as a Bathurst wildcard in 2014.

The REC purchase has been struck independently of Prodrive, whose deal to run the entry is yet to be renewed beyond the end of the current season. “This decision comes with the full support of Emily Lentino (Tony’s widow) and the Board of Trustees, and is an exciting development for the team.

“In the discussions so far, Rusty will help to develop a team into a championship competitive operation.

“Where we run is undecided at the moment, but Rusty has purchased the REC independently of Prodrive so we’re not obliged to be in that garage.”

French had made a pledge to Lentino 12 months ago that he would buy the REC should the Kiwi lose his cancer battle.

Lentino and Super Black bought the REC previously run as the #47 Walkinshaw entry at the end of 2015.

French remains confident that the concept of garnering commercial support from New Zealand around a single national-themed entry is a strong business case.

“I’ve had a close link with Super Black Racing and admired what Tony had done and wanted to achieve with this team,” French said.

“This was Tony’s dream and I made a promise to help him along the way.

“This is a great opportunity for more New Zealand companies to reach out and be part of a great team and continue the vision.”

Super Black is meanwhile focussed on scoring a strong result at next weekend’s Supercheap Auto Bathurst 1000, where Chris Pither will again be joined by co-driver Richie Stanaway.

Although Stanaway has yet to drive at Bathurst, Hahn says the Aston Martin factory driver may end up doing a large percentage of the race following his impressive debut at Sandown.

“We’ll put the best driver that we have forward to get the best result,” said Hahn.

“We’ve still got a little bit to see how Richie goes on the dry tyre.

“It’s his first time at Bathurst, but the good thing about Bathurst is that both drivers get lots of practice time.

“He’s also spent a lot of time on the simulator in the last few months, so we’re confident he’ll be up to speed pretty quickly.”

Stanaway is thought to be an outside chance of the Super Black seat next year, pending ongoing discussions with Aston Martin over his future.