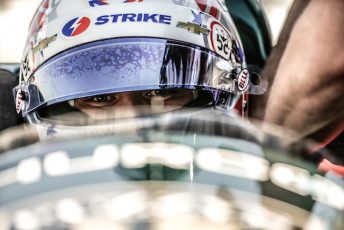 Josef Newgarden has confirmed his departure from Ed Carpenter Racing

Josef Newgarden has cut ties with Ed Carpenter Racing after a two-year stint which netted him three IndyCar Series wins.

Speculation that Newgarden will replace Juan Montoya at Penske have lingered for several months, however the champion team has remained tight-lipped as to any changes for 2017.

Newgarden has become hot property in the IndyCar driver’s market following a season where he challenged strongly before his serious crash at Texas mid-year hampered his run.

Ending fourth in the series standings, the 25-year-old was the best of the non-Penske drivers behind Simon Pagenaud, Will Power and Helio Castroneves.

Team owner/driver Ed Carpenter announced the departure after Newgarden did not take up the option to renew for next season.

“While it’s disappointing that Josef will not be returning, it’s also not a total surprise after all of the speculation the past few weeks,” Carpenter said.

“I wish Josef the best in his future endeavors, but also remain focused on ECR’s continued success.

“We are positioned well moving into 2017 and I have total confidence that we will continue to deliver the high level of performance we expect as a team.”

Carpenter will continue to run the oval races next year while a replacement for the 2011 Indy Lights champ Newgarden is yet to be determined.