New backing for Erebus at Bathurst

New backing for Erebus at Bathurst 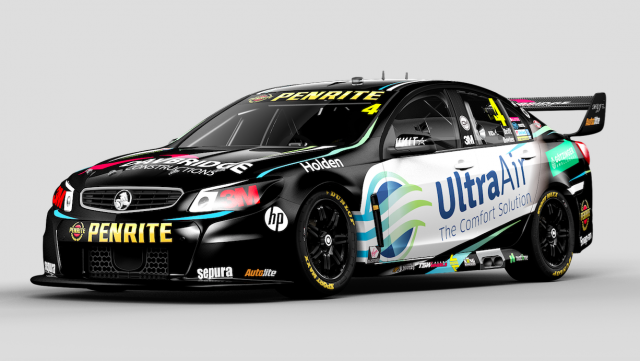 Erebus Motorsport has secured a new primary sponsor for its #4 Holden ahead of the Supercheap Auto Bathurst 1000.

Air conditioning firm Ultra Air will adorn the sides of the Shae Davies/Chris van der Drift entry for the event, which will see the Great Race debut for both drivers.

Davies and van der Drift combined to finish 23rd at Sandown earlier this month, two laps down on the winners.

A previous sponsor of Todd Hazelwood in the Dunlop Series, Ultra Air CEO Tony Licastro has high hopes for the #4 Commodore at Bathurst.

“We are very excited to be affiliated with Erebus Motorsport and are looking forward to the big race next weekend,” said Licastro.

“We have had a small involvement in Supercars previously, and were excited to find out that car #4 would be driven by Shae Davies and there was an opportunity to get on board.

“It is definitely something we are looking at continuing; the partnership with Erebus brings great exposure and networking opportunities to our business.

“We would like to wish Erebus the best of luck next weekend, and we hope Ultra Air’s affiliation will rub off in a positive direction with a podium finish.”

Erebus’ lead entry will be shared by reigning Bathurst pole position holder David Reynolds and Kiwi veteran Craig Baird, who returns to the event after missing out on a drive in 2015.

The #9 Penrite entry was excluded from the results at Sandown after a miscalculation saw Baird fail to complete the minimum laps required of a co-driver.