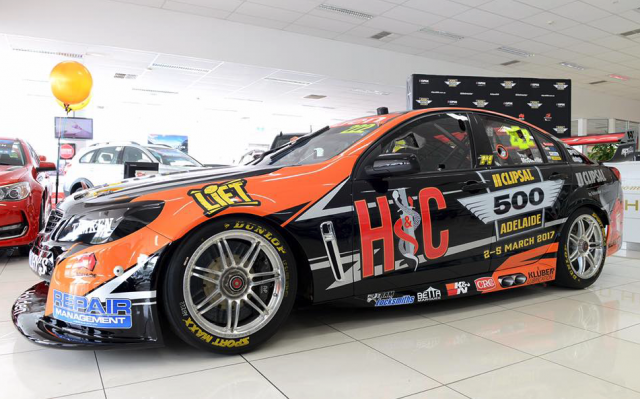 The deal between the SA Government and Lucas Dumbrell Motorsport was unveiled by Minister for Tourism Leon Bignell and Percat in Adelaide this afternoon.

Percat and co-driver Cameron McConville will campaign the Clipsal 500 livery at Bathurst and the Gold Coast, while it will also appear at the following round at Pukekohe, New Zealand.

The livery features a prominent Hunters & Collectors logo in reference to the band reuniting for a Saturday night concert at the March 2-5 event.

Bignell says partnering with South Australian Percat is an obvious choice, especially given the 28-year-old’s previous success at Adelaide and Bathurst.

“The national and international exposure the branded car will generate for our State is absolutely huge, with the car set to debut at the iconic Bathurst 1000, Gold Coast 600 and ITM Auckland Super Sprint,” said Bignell.

Percat, who is based in Melbourne, says it’s a proud moment to fly his home colours.

“I’m a proud South Aussie, so to represent our great state, our world-class events and stunning tourism experiences will be a career highlight,” he said.

“South Australia runs some of the country’s biggest and best events with the Clipsal 500 Adelaide and Santos Tour Down Under attracting almost 1 million spectators alone.

“I can’t wait to get to Mount Panorama next week where we will be chasing our own Holy Grail.” 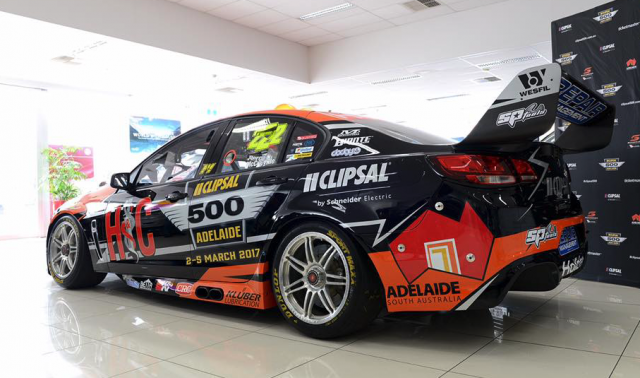