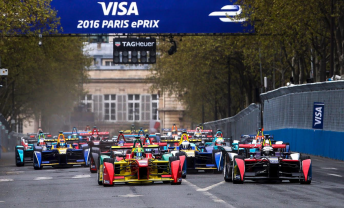 McLaren will take over the control battery contract

McLaren Applied Technologies has been awarded Formula E’s control battery contract for the 2018/19 and 2019/20 seasons.

The company, which is a sister firm to the McLaren F1 team, will replace current supplier Williams Advanced Engineering.

McLaren’s batteries will enable drivers to complete a whole race without changing cars under the conditions of the tender laid out by the FIA.

They will also be more powerful, with outputs expected to increase from 170kW to approximately 220kW.

The contract has been limited to two years due to the ongoing rapid development of battery technology.

Williams was among a number of unsuccessful applicants for the contract that also reportedly included Porsche, Renault and Red Bull Technology.